9 Best Places for Trekking in Vietnam

Tourists coming to Vietnam are often mesmerized by the wildly beautiful nature of the country, from the yellow terraces in harvesting season of the North stretching to central highland or the fascinating bustles of the Mekong Delta in the South. The most popular trekking, hiking types in Vietnam are jungle trekking, mountain hiking, countryside hitch-hiking, walking, and rambling adventures. Here is the list of the most famous trekking areas voted by both local and foreign travellers.

Being a frontier town of Lao Cai Province in the Northwest region of the country, Sapa is considered the best trekking spot in Vietnam. At the height of 3143 meters, Mt. Fansipan of Lao Cai is the highest peak in Vietnam and the entire Indochina peninsula. Beside the mountainous terrain, Sapa is also place where several ethnic minorities like Hmong, Dao (Yao), Giay, Pho Lu, and Tay reside. 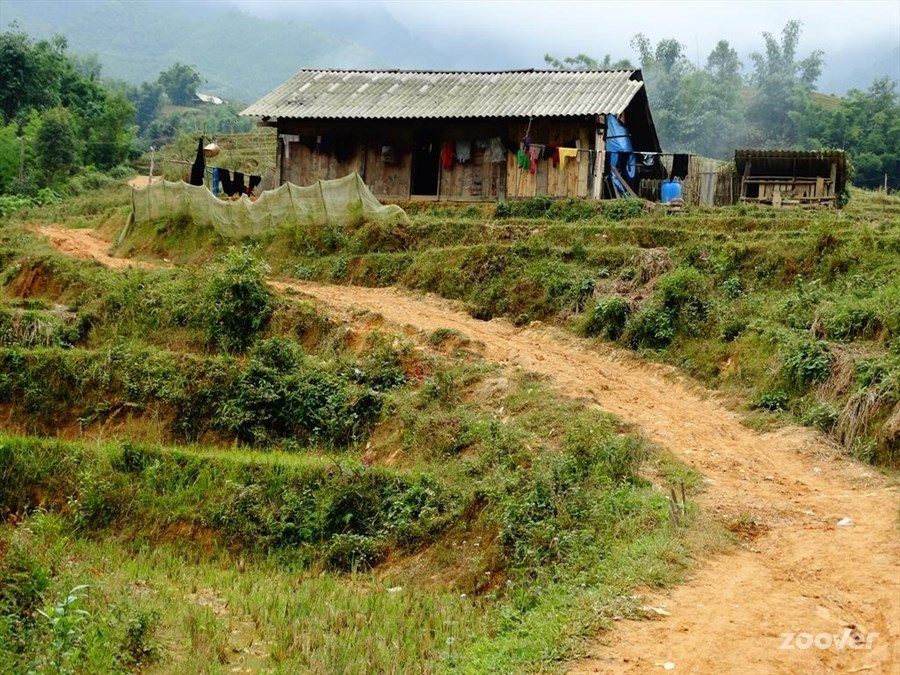 Pu Luong (or Phu Luong) Nature Reserve is an area of outstanding splendor, cultural interest and high biodiversity value, situated in Quan Hoa and Ba Thuoc District of Thanh Hoa Province. The reserve is located along two parallel mountain ridges, which stretch from northwest to southeast, and are divided by a central valley. The region is blessed with rich forest, limestone panoramas, magnificent rice terraces and breathtaking scenery. 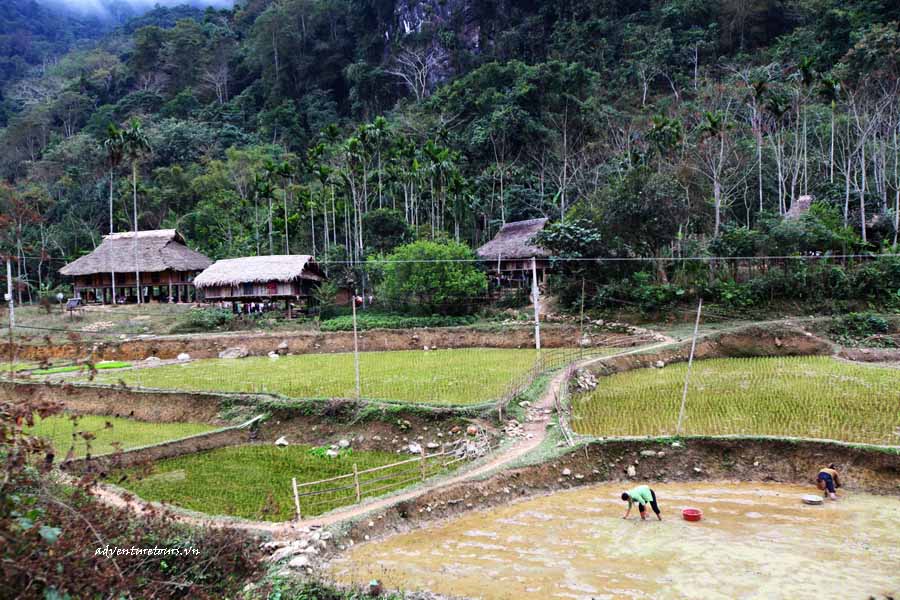 135 km far from Hanoi, Mai Chau is a district of Hoa Binh province, in the northwest region of Vietnam. As seen from high above, the superb vista of Mai Chau is surrounded by a green valley and stilt houses of ethnic minority group. The two tribes, White Thai and black Thai, settle in this area and make up the largest ethnic population of the region. 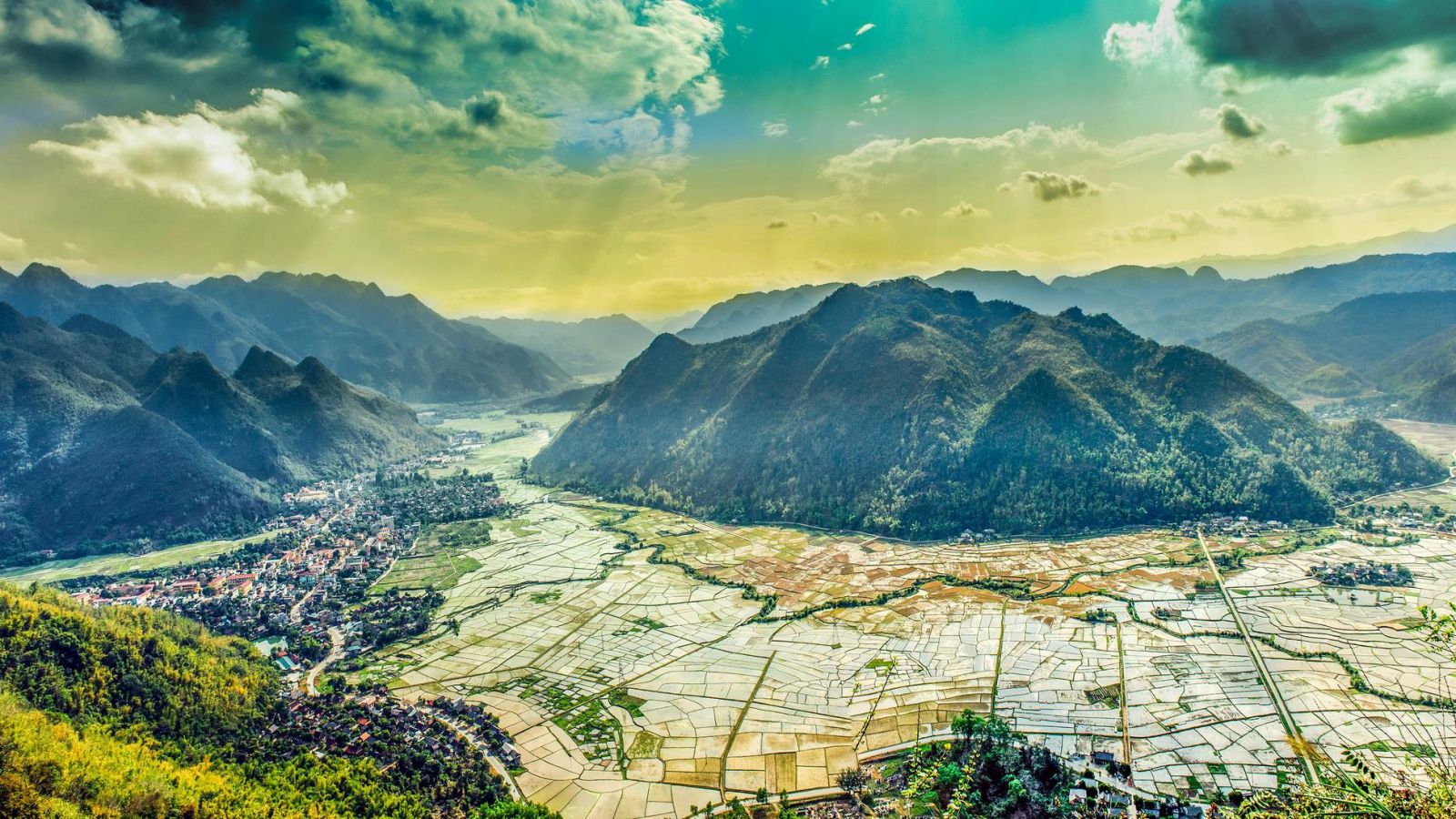 A province in the northwest that shares the borders with Ha Giang, Tuyen Quang, Bac Kan, and Lang Son; Cao Bang is definitely a trekking spot with high mountains twisted with rivers, streams and untouched jungles. The “Ban Gioc” Waterfall which is on the border with China is a well-known natural feature in the province. 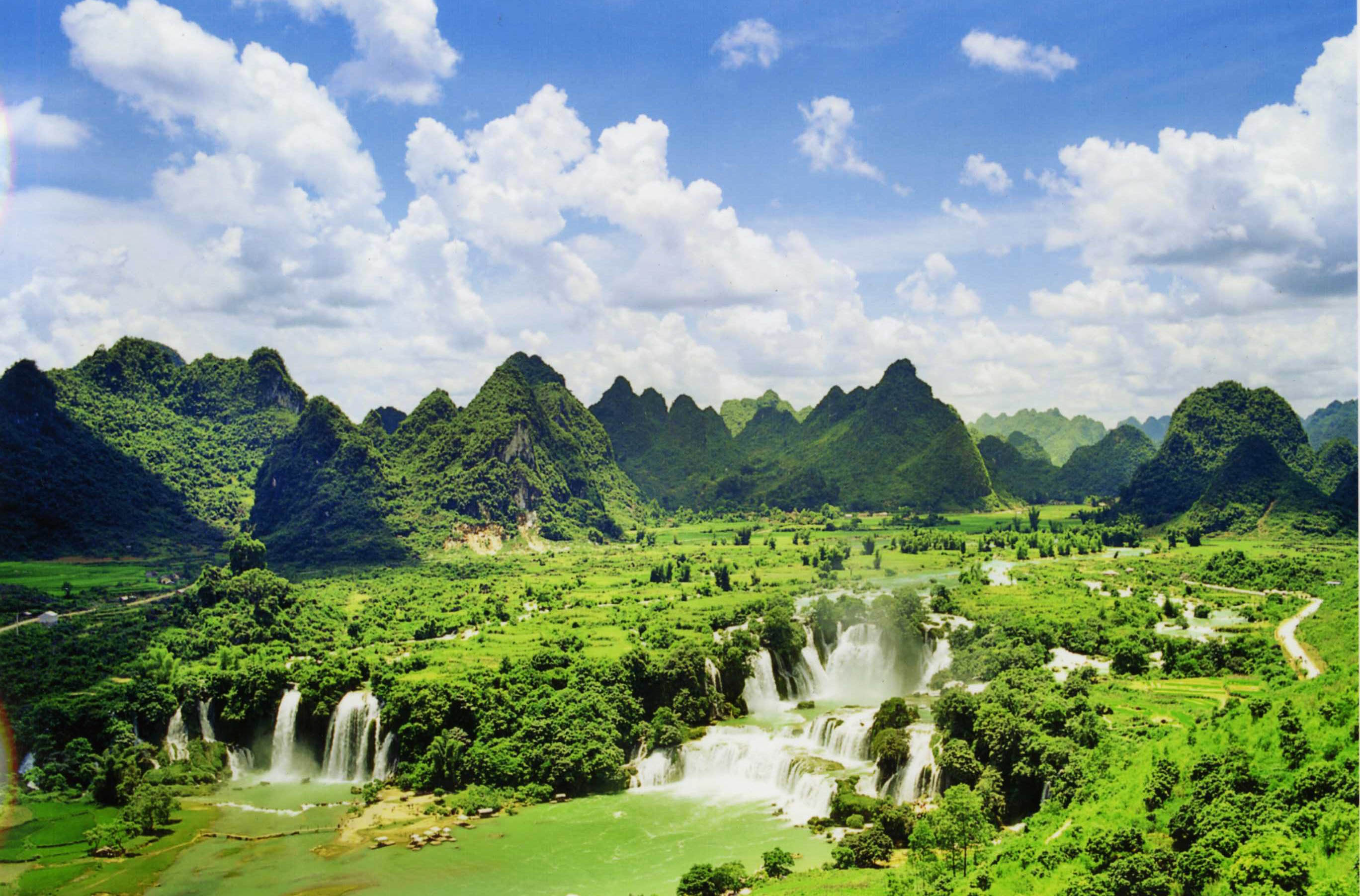 On Southeastern edge of Ha Long Bay in Northern Vietnam, Cat Ba Island is the largest of the 366 islands that comprise the Cat Ba Archipelago, in which half of its area is covered by a national park. Cat Ba Island is where ocean and jungle meet each other, creating a wide variety of natural ecosystems, both marine and terrestrial, leading to incredibly high rates of biodiversity. 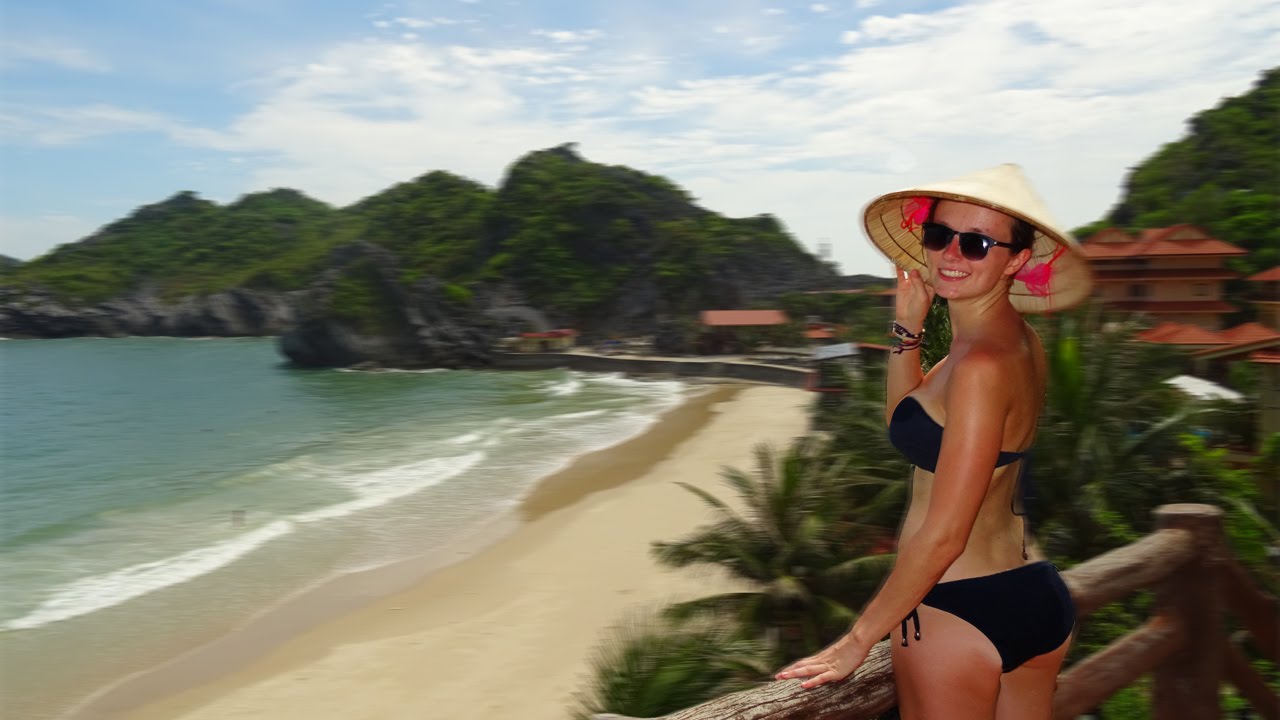 Ba Be Lake and National Park

Vietnam’s largest natural lake and now the centerpiece of a vast National Park, Ba Be lies in the middle of a huge limestone mountain range of Bac Kan Province. Ba Be Lakes area has a lot to offer, including waterfalls, rivers, valleys, lakes, and caves which all set a picturesque landscape. The whole area is intensely forested and home of many ethnic minorities. Tropical and semi-tropical evergreen monsoon forests cover most of the national park. 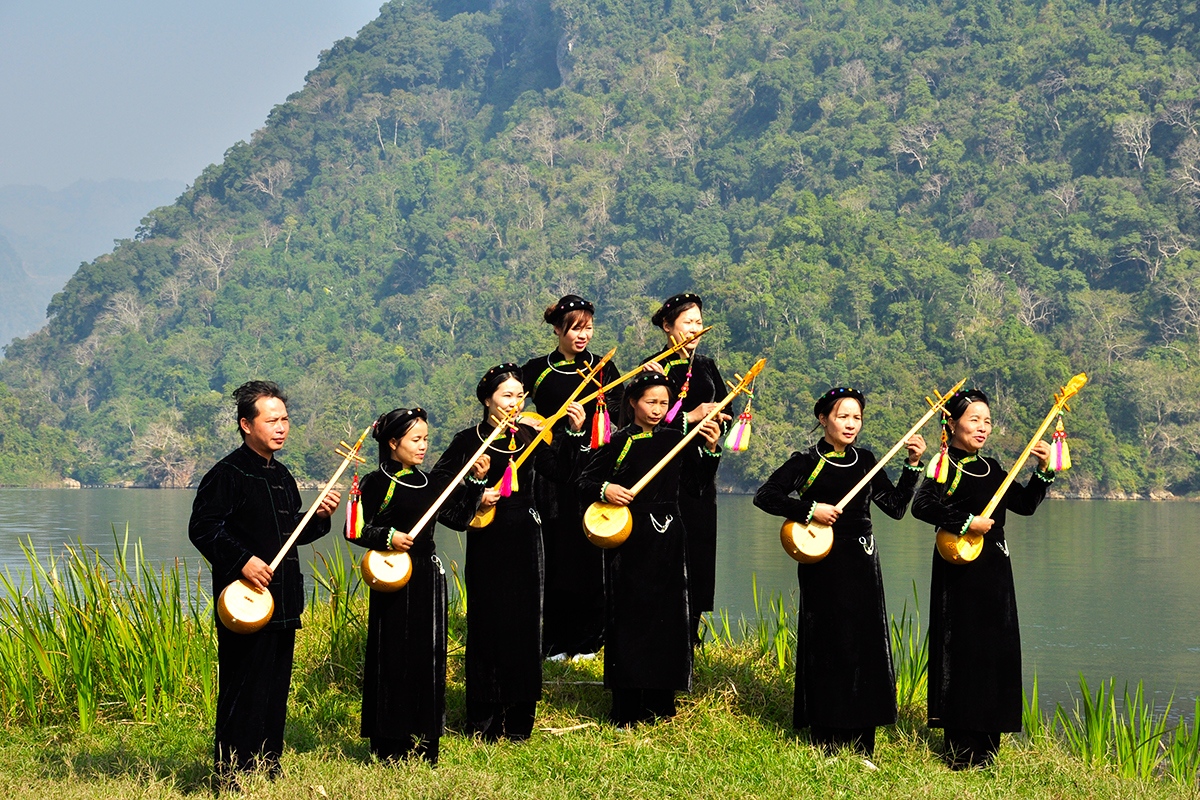 Established in 1962, Cuc Phuong is the oldest national park of Vietnam, with the area of 25,000 hectares and 140 km far from South of Hanoi. The botanical richness of the forest is remarkable as it is the home of a large number of flora species and patches of primeval forest, embracing ancient trees with thick clusters of roots, and parasitic plants and ligneous creepers. 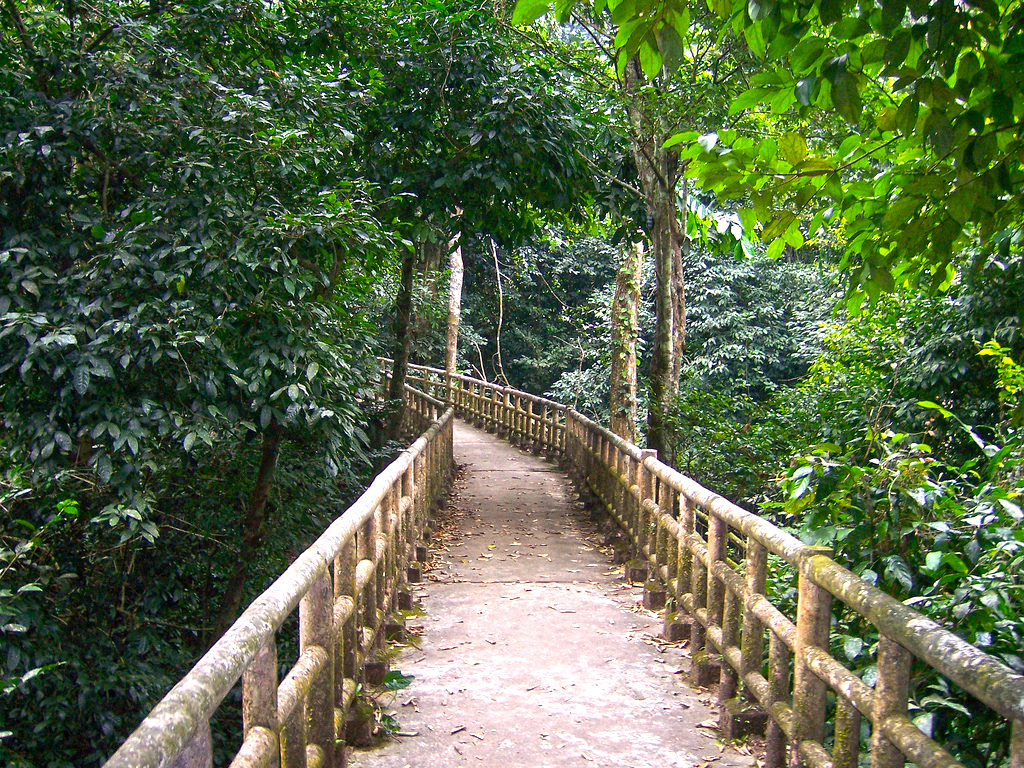 Cat Tien is the national park situated in three provinces Dong Nai, Lam Dong, and Binh Thuan, in the South of Vietnam. The national park is truly well-reserved with impressive biodiversity including many ancient trees which may live for a thousand years. The system of waterfalls, rivers are also stunningly striking. Central Highlands Area The Central Highlands (Tay Nguyen) of Vietnam are a distinct contrast from the tropical south, with an arid climate and rolling hills. Much of the Central Highlands is a series of flat plateaus, mainly settled by various ethnic groups. Apart from Dalat, most of extraordinary sights and attractions are not mentioned much in travel books, probably because they are located too far from regular tourism routes. Some of the must-see destinations are Ngok Linh Mountain, Chu Mon Ray jungle, Dak To hot spring, etc. 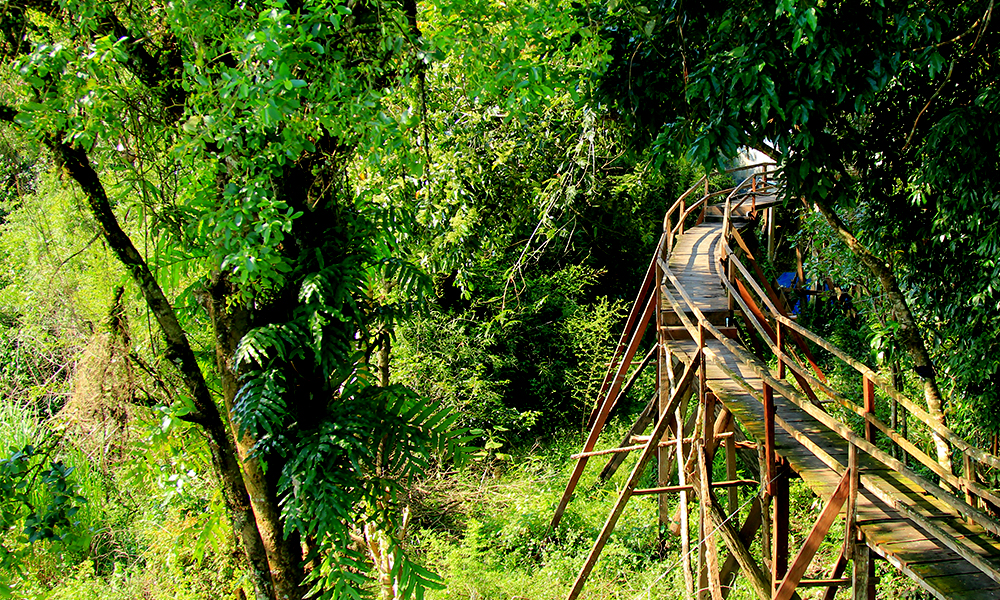 26th August 2017 No Comments
Previous Post
Tips for Renting a Car
Next Post
Sapa What to buy?