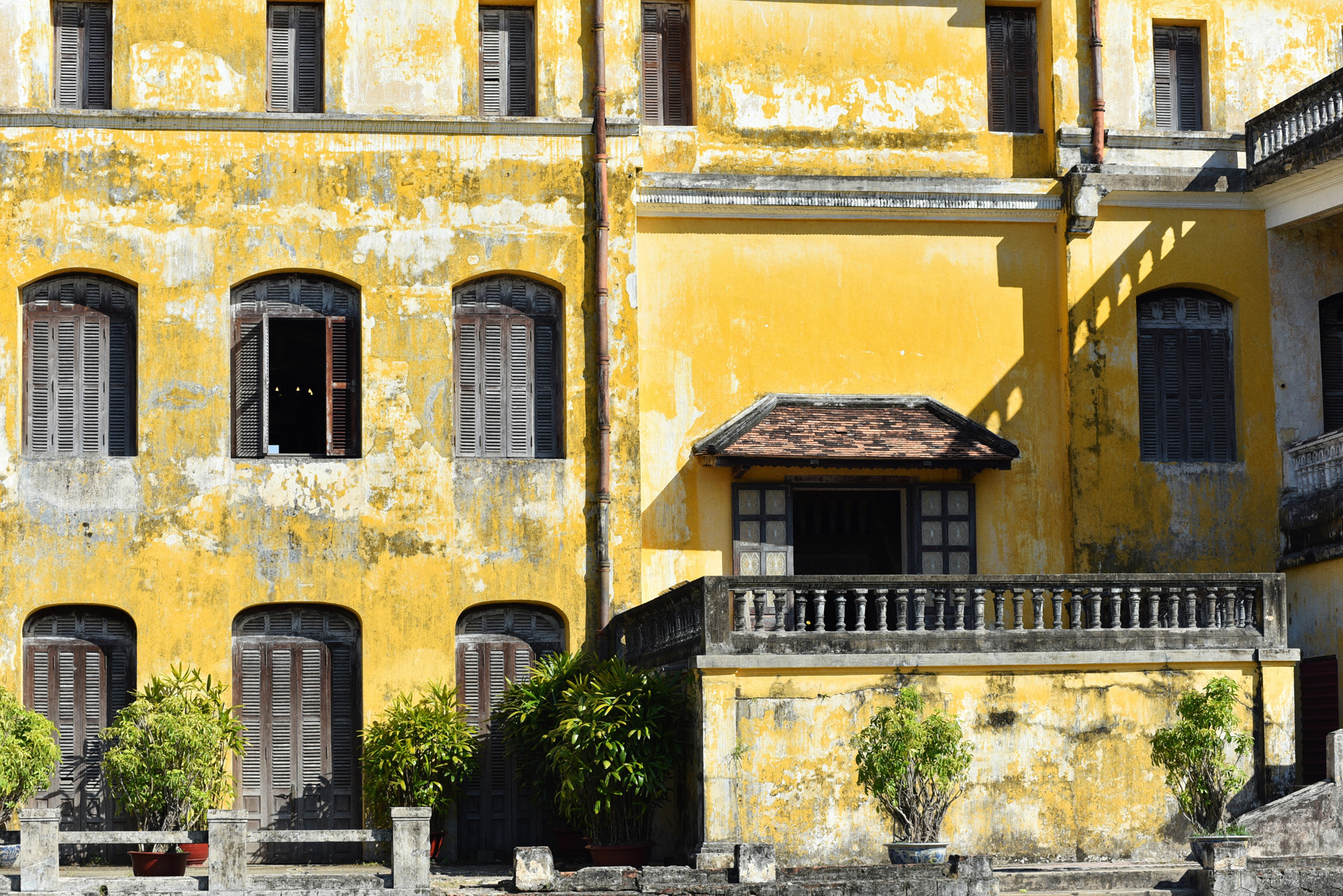 Located on the bank of An Cuu River, nine kilometers from Hue Imperial Citadel, An Dinh Palace, dubbed the “summer palace” of the Hue royal family, is considered a unique architectural work, representing the neoclassical school of Vietnam in the early 20th century.

It was recognized by UNESCO as a world cultural heritage. 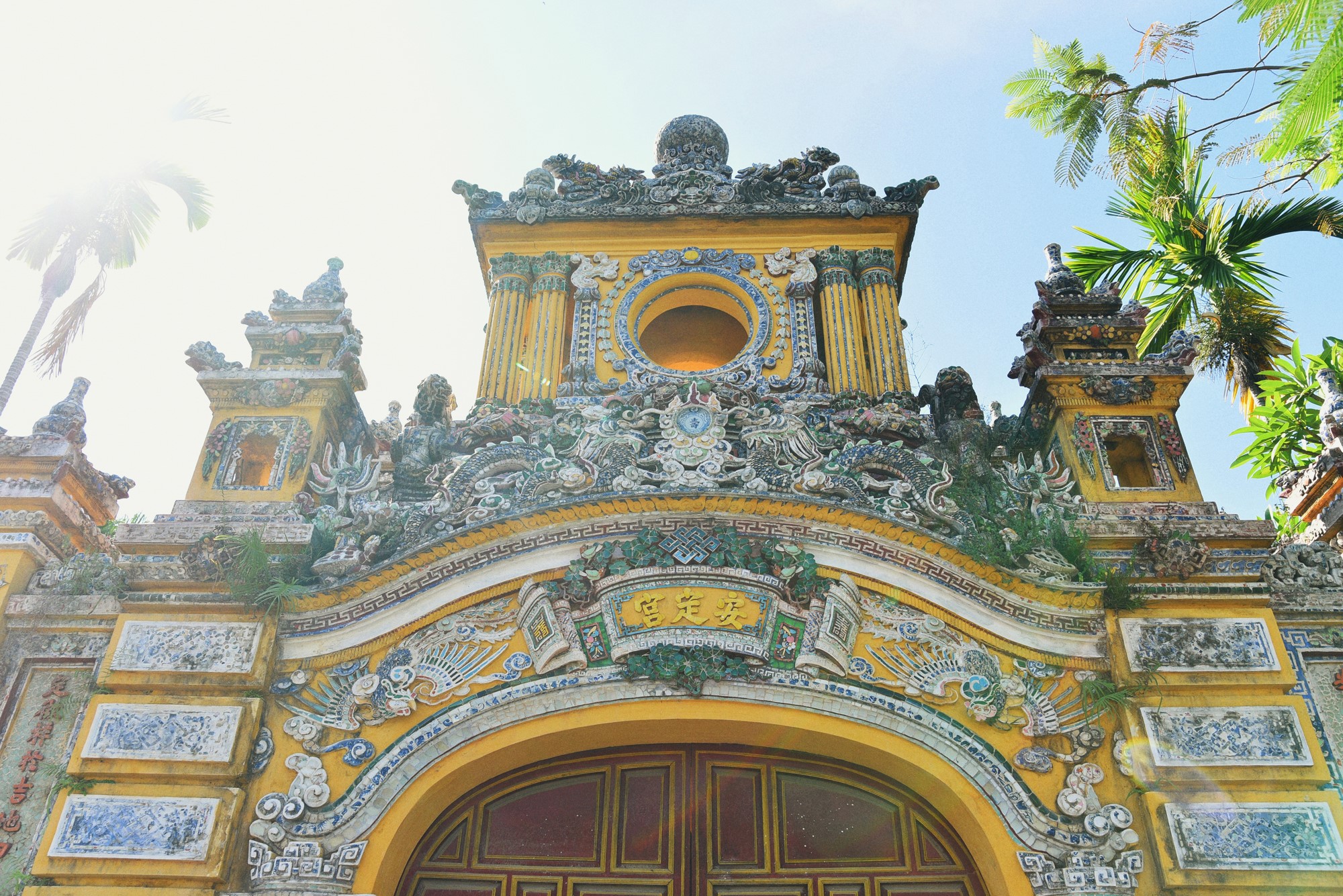 Originally, there were 10 structures in the palace, but today only three remain intact: the main gate, Trung Lap Communal House and Khai Tuong house.

The main gate is made of lime bricks and has sophisticated carvings in porcelain and colored glass. Both sides depict elaborate images of dragons, phoenixes, unicorns, and flowers and engraved Chinese characters. 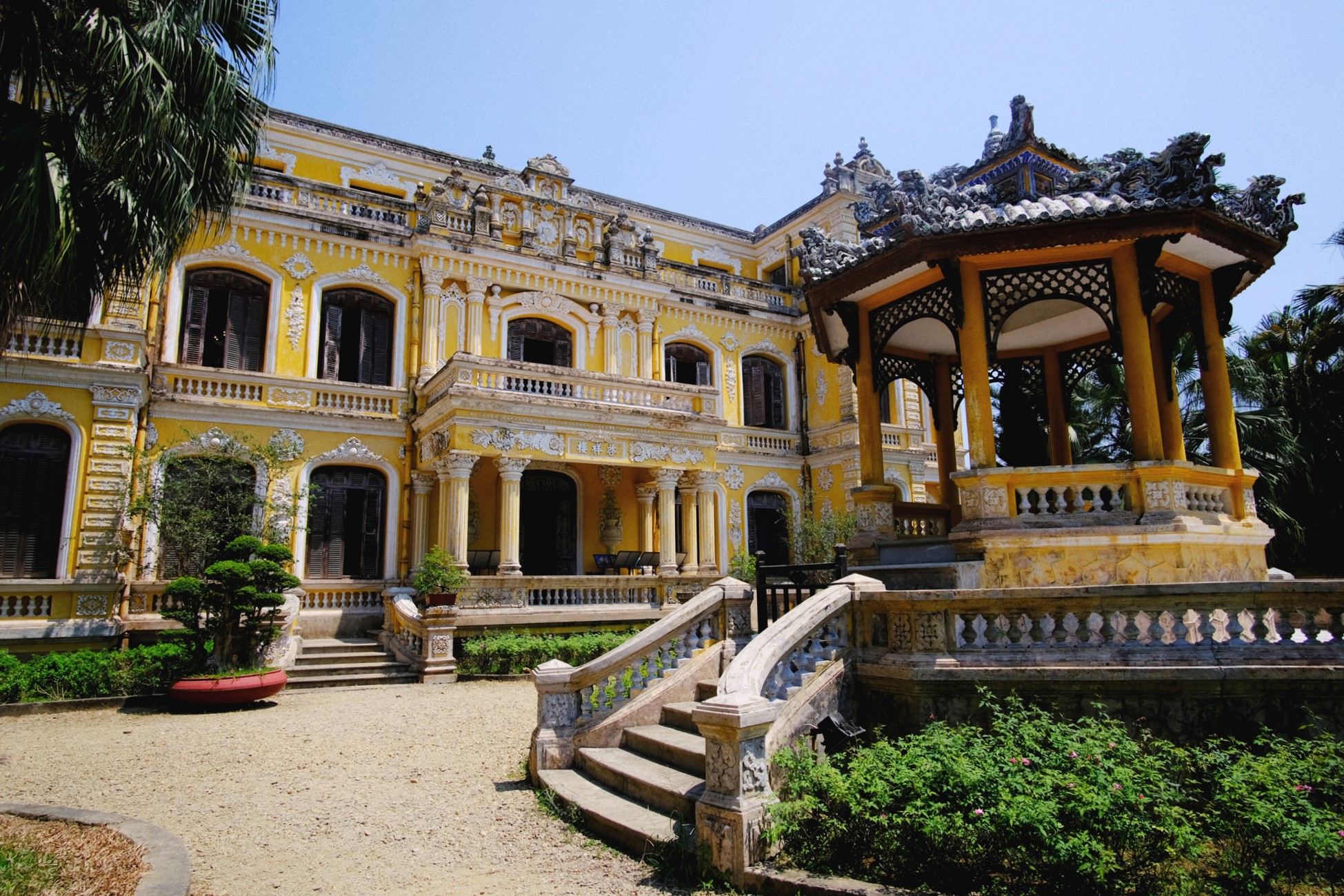 Khai Tuong house was built in 1918. As the most important building in the An Dinh Palace complex, it has three floors, 22 rooms and Roman design influences. 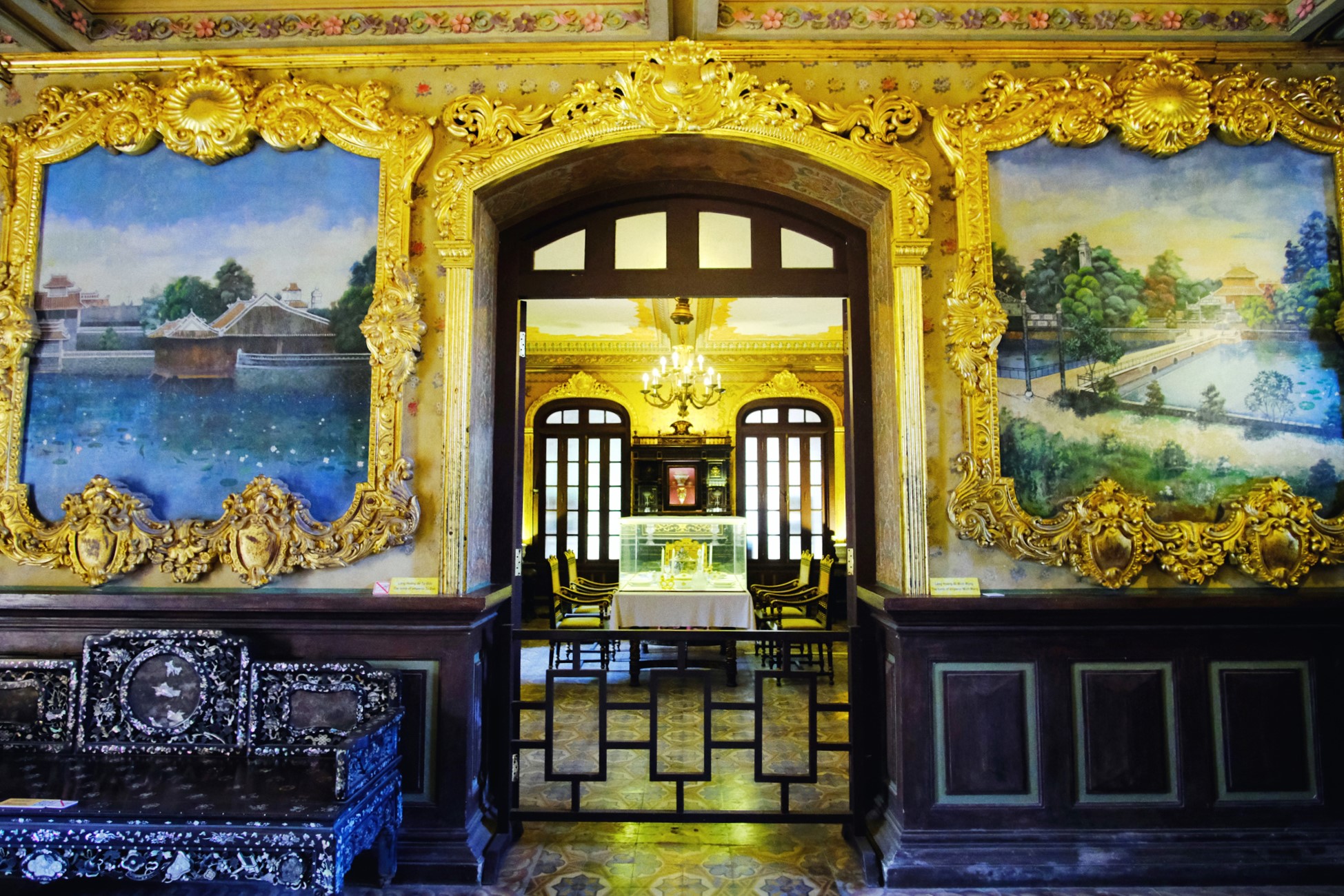 At the entrance are six murals commissioned by Khai Dinh depicting the tombs of his predecessors. 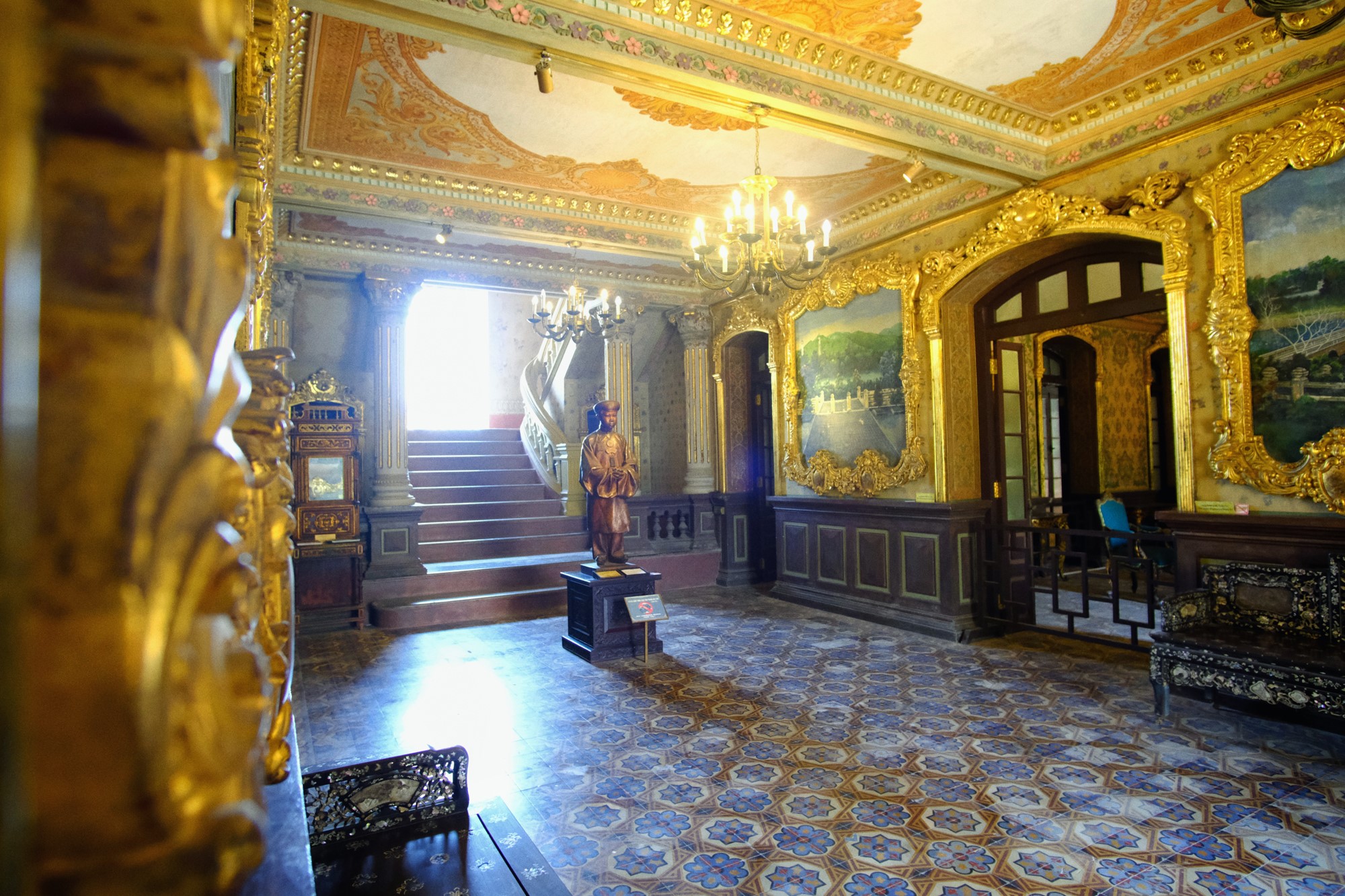 At the center of the room stands the statue of young Bao Dai, created to commemorate his crowning as prince and moved to An Dinh Palace in 1922. 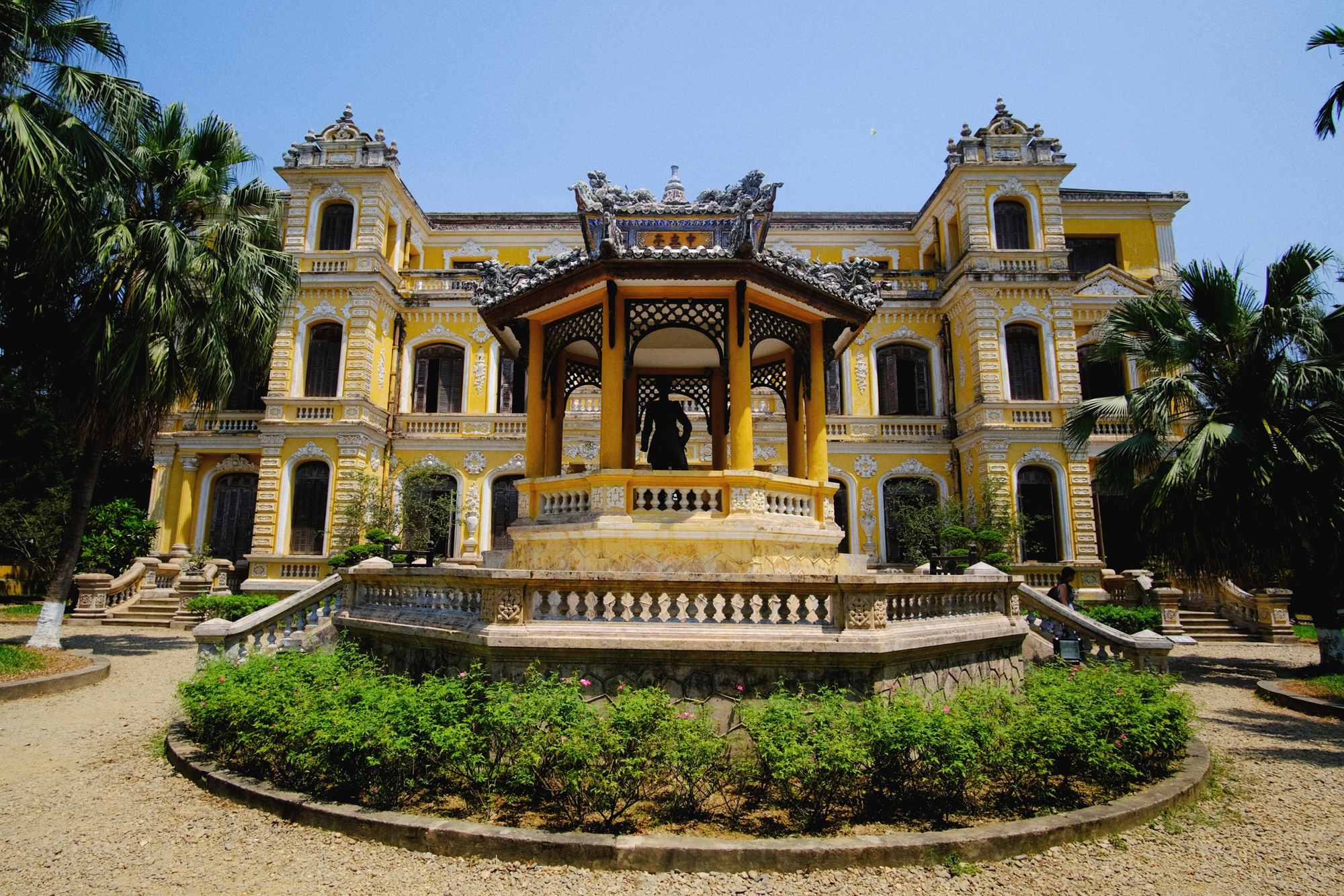 Trung Lap is a model of a typical Vietnamese communal house situated between the gate and Khai Tuong house. Trung Lap’s roof has two layers, the upper one with four sides and the lower with eight. All 12 edges carry dragons. Inside is a life-size bronze statue of Khai Dinh. 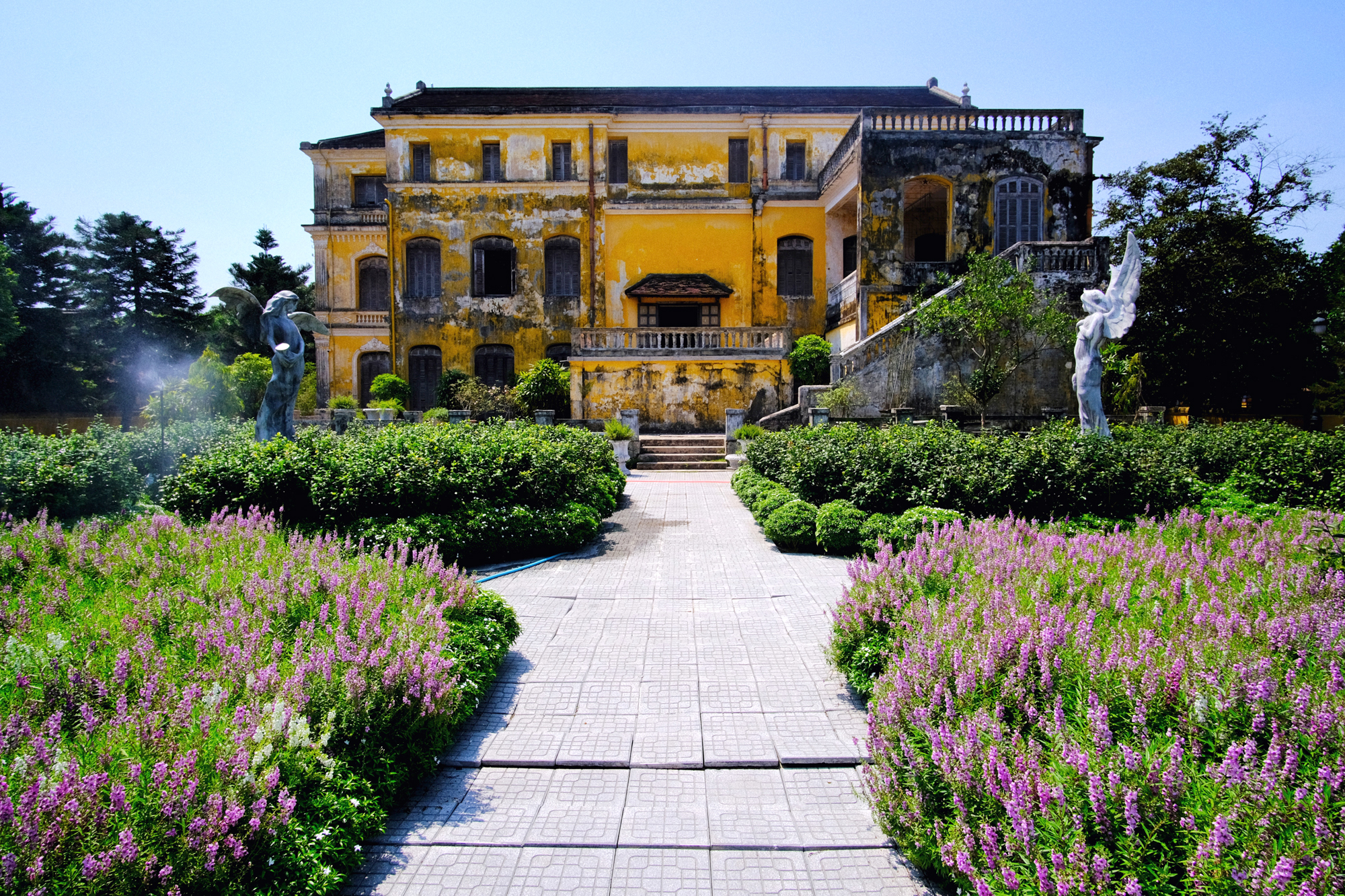 Vietnamese rom-com blockbuster “Gai Gia Lam Chieu V” (Camellia Sisters), which is scheduled for streaming on Netflix next month, was set in An Dinh Palace.

Bach Tra Vien (White Camellia Garden), the main setting for the movie, was constructed on an area of 500 square meters behind An Dinh Palace. 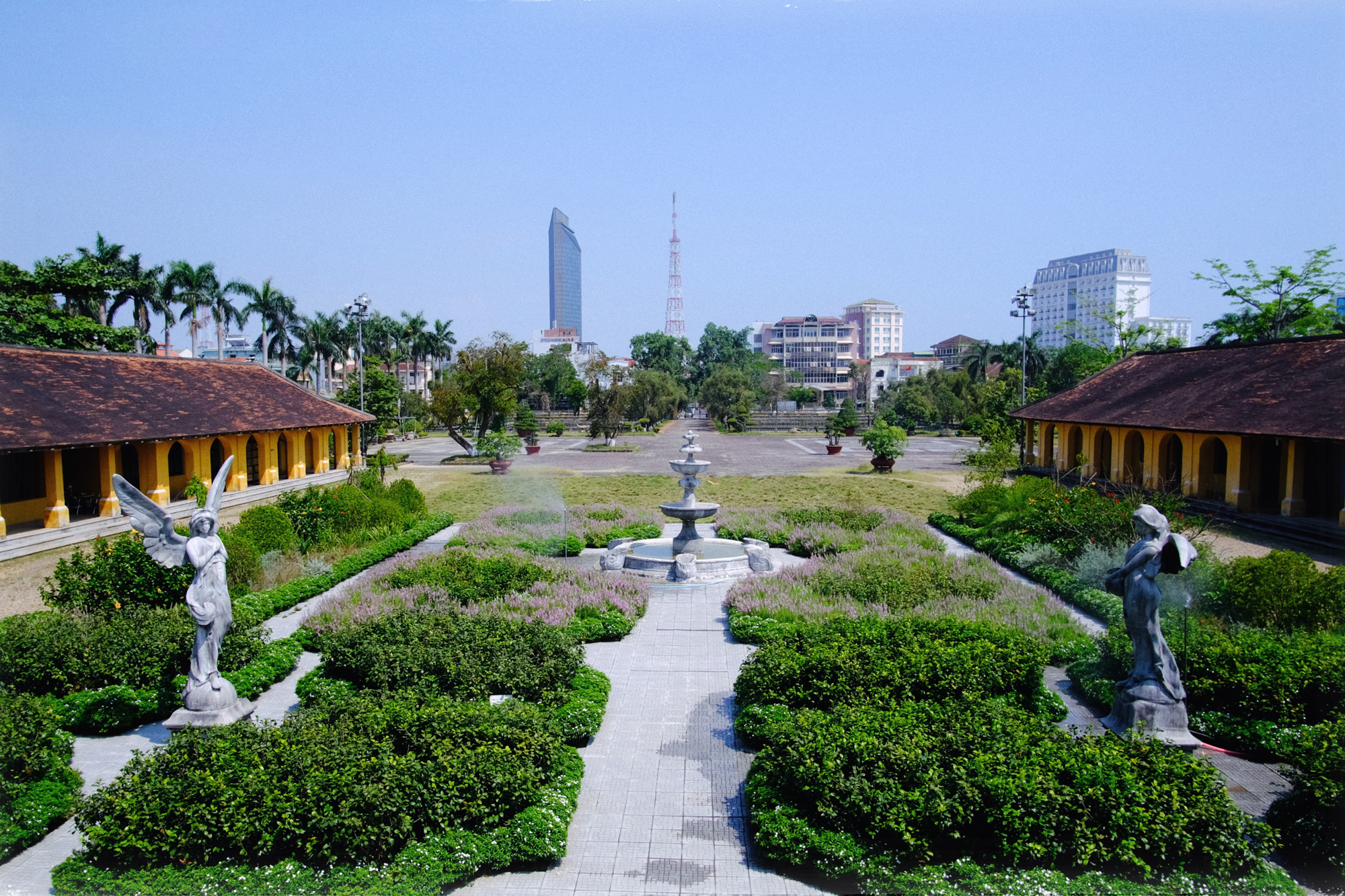 The garden, which cost more than VND2 billion ($86,500), is also installed with fountains and goddess statues.

After finishing the filming process, the film crew handed over the garden to the Hue Monuments Conservation Center, which manages Hue royal palaces, to turn it into a tourist destination.

And to enjoy more beautiful sightseeings in Vietnam by your eyes, you can see some itineraries below Halong Bay Cruises – Hanoi Tours – Vietnam Tours – Sapa Tours – Package Tours – or book a private car to discover where ever you want to enjoy the Vietnamese taste.