The Mystery Of Ponagar Cham Tower In Nha Trang

Joining in Tours in Vietnam to the coastal city of Nha Trang, you cannot miss the Ponagar Cham Tower – one of the most famous historical and cultural monuments in the country. 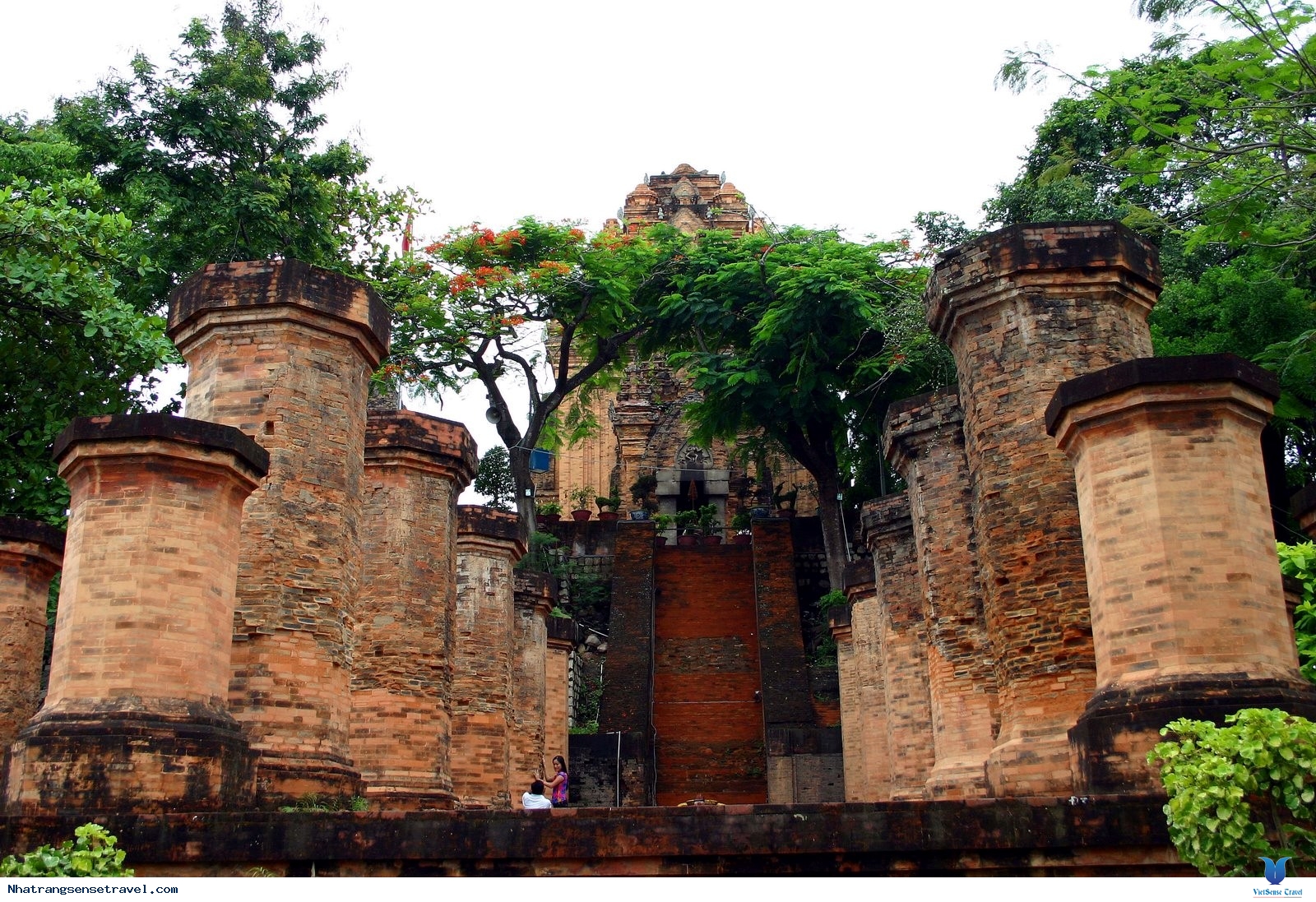 Ponagar Cham Tower is also known as Yang Po Inu Nagar or Yang Pô Ana Gar tower (Inu, Ana mean female in the language of Cham, Ede, Jarai people). The tower is a Cham temple on the top of a small hill about 10-12 meters above sea level, at the mouth of the Cai river (Nha Trang river) in Nha Trang – Khanh Hoa, about 2 km from the center of the city.

The name “Po Nagar Tower” is used to refer to the whole structure, but it is actually the name of the largest tower about 23 meters high. The temple was built during the prosperous period of Hinduism, which was flourishing in the Champa Kindom, so the goddess statue here had the shape of Uma – the wife of Shiva.

The queen Po Ina Nagar (also known as Yang Po Nagara, Po Ana gar or Black Lady called Mother Ana)  is the goddess created by clouds and water, the creator of the Earth, precious wood, trees and rice. She has 97 husbands, of whom, only Po Yan Amo is the most respected. She has 38 daughters, all of whom had been transformed into goddesses, including three who have been selected by Cham people to and worship to this day.

The legend of this tower

If you choose Vietnam package Tours to come to Ponagar tower, you will not be able to take your eyes off the details of this unique ancient building. Not only that, the story about the historic place is also one of the unique features that you can find in Vietnam Tourist Information.

According to the legend, the goddess Poh Nagar was created from sea bubble and clouds in the sea. One day, seawater rises and takes her to Yatran River in Kauthara (Cu Huan). Thunder and wind told all species the news that she came. Immediately, the waters on the river flowed down and the mountains lowered themselves to welcome her.

When she walked ashore, the tree became bent to show loyalty, the birds came to two sides of the road, and the flowers were brighter and brighter to decorate to each her step. Then the goddess Poh Nagar used her magic to turn a vacant land into a magnificent palace.

When the land of Kauthara belonged to the Vietnamese, the goddess Po Nagar also became the goddess of Vietnamese called Thien Y A Na and her story was transformed by Vietnamese people.

Once upon a time, there was a couple of elderly woodcutters in Dai An Mountain (Dai Dien now). They had no children and earned living by plating melon. When their melon became ripe, there was a person who often stole. At one night, he caught the culprit. When he knew that the thief was a beautiful little but orphaned girl, he brought her home. Unbelievably, that girl was a fairy!

One day, it was heavy rain, making the fairy remember the paradise. So, she took the stone and flowers to form a rock paint (Penjing). This action was not suitable for a woman, so the foster father scolded her. Therefore, when she saw a drifting wood log, she turned her body into a tree, then went down to the sea and landed on the coast of China.

The scent of the wood log spread everywhere, making many people curious, but no one picked up. The Prince heard rumors, came and then gently picked up the wood log to bring home. One night, the Prince saw the shadow of the stranger hidden from the tree. Watching for a few nights, he caught the beautiful girl claiming to be Thien Y A Na. When he heard her story, on the next day, Prince ask his father’s permission to marry her. Living with Prince, Thien Y A Na gave birth to a boy named Tri and a girl named Qui.

One day, Thien Y A Na remembered her country, take two her children crossing the sea to return the country. When the adoptive parents died, she built the tombs, renovated the house to worship two grandparents. She brought what she learned in her hometowns, such as the rules and rituals, plowing, spinning weaving to teach people here so that people in their hometown can enrich their lives.

Soon after, a flamingo came down from the sky and took her and two children to the paradise. The local people together built towers, sculpted statues to worship her. When Prince arrived in Dai An, he did not believe in Thien Y A Na and their children left the realm, the prince tortured the people very badly, because he thought that they deliberately hid her. Thus, many people have burned incense to pray Thien Y A Na. At that, a hurricane buried all the people from the North and their boats.