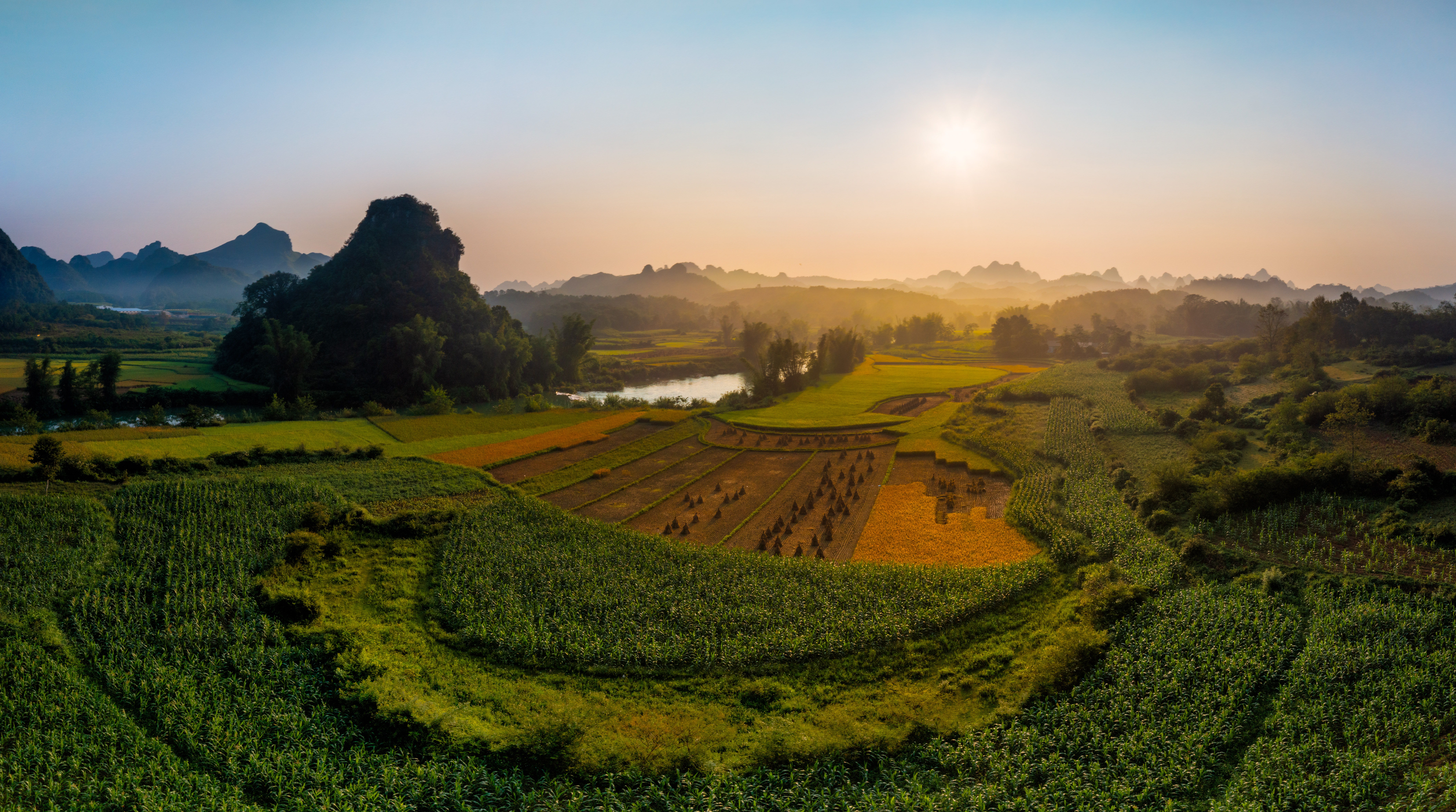 Home to a UNESCO-recognized geopark and Southeast Asia’s largest waterfall, Cao Bang, around 280 kilometers from Hanoi, is less busy than neighboring Sa Pa or Ha Giang.

In mid-September and early October it is the rice harvest season there, giving tourists a glimpse of local people’s daily lives. 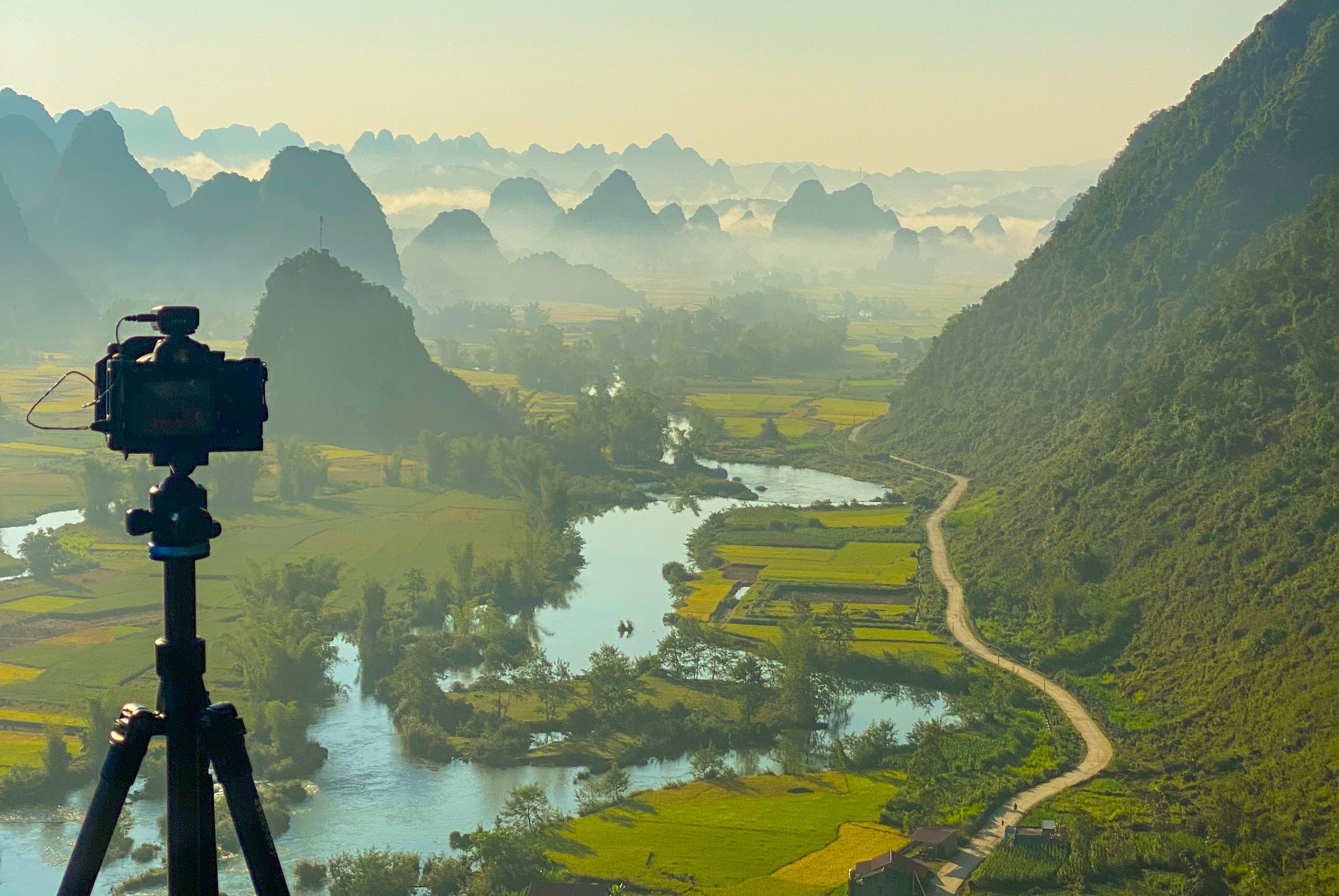 He says visitors should wake up at 4 a.m. to see ethnic minority people go to their fields to harvest rice.

Due to its proximity to the border, the use of flycam is restricted, he says. 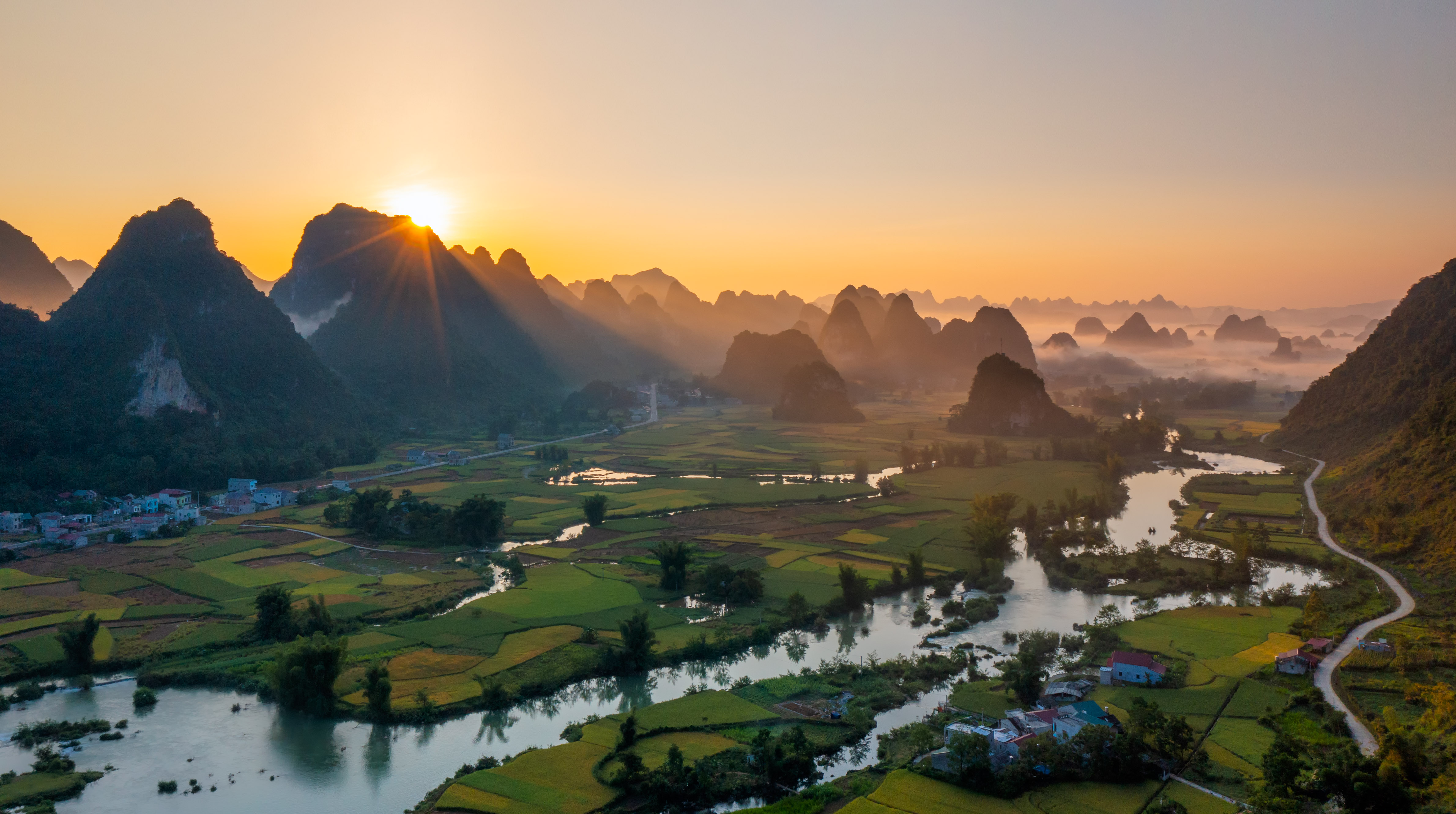 At the start of October rice fields along the Quay Son River in Trung Khanh District, which forms a natural border with China, are golden ripe.

The river originates in China’s Jingxi County in the Chongshan Mountain Range and runs along the border. 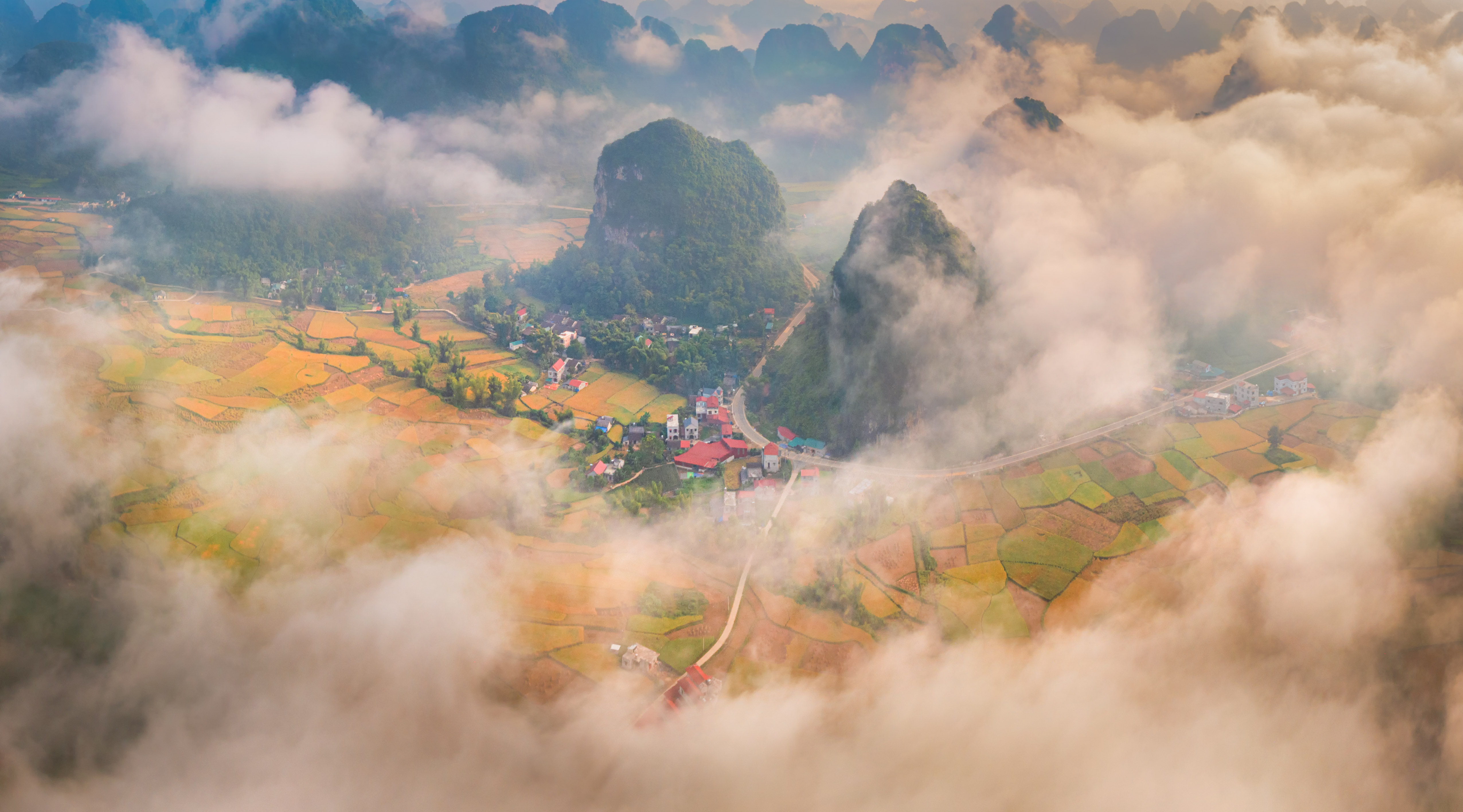 Golden rice paddies in Ngoc Con, a mountainous commune in Trung Khanh District near the Po Peo border gate, is shrouded in mist. 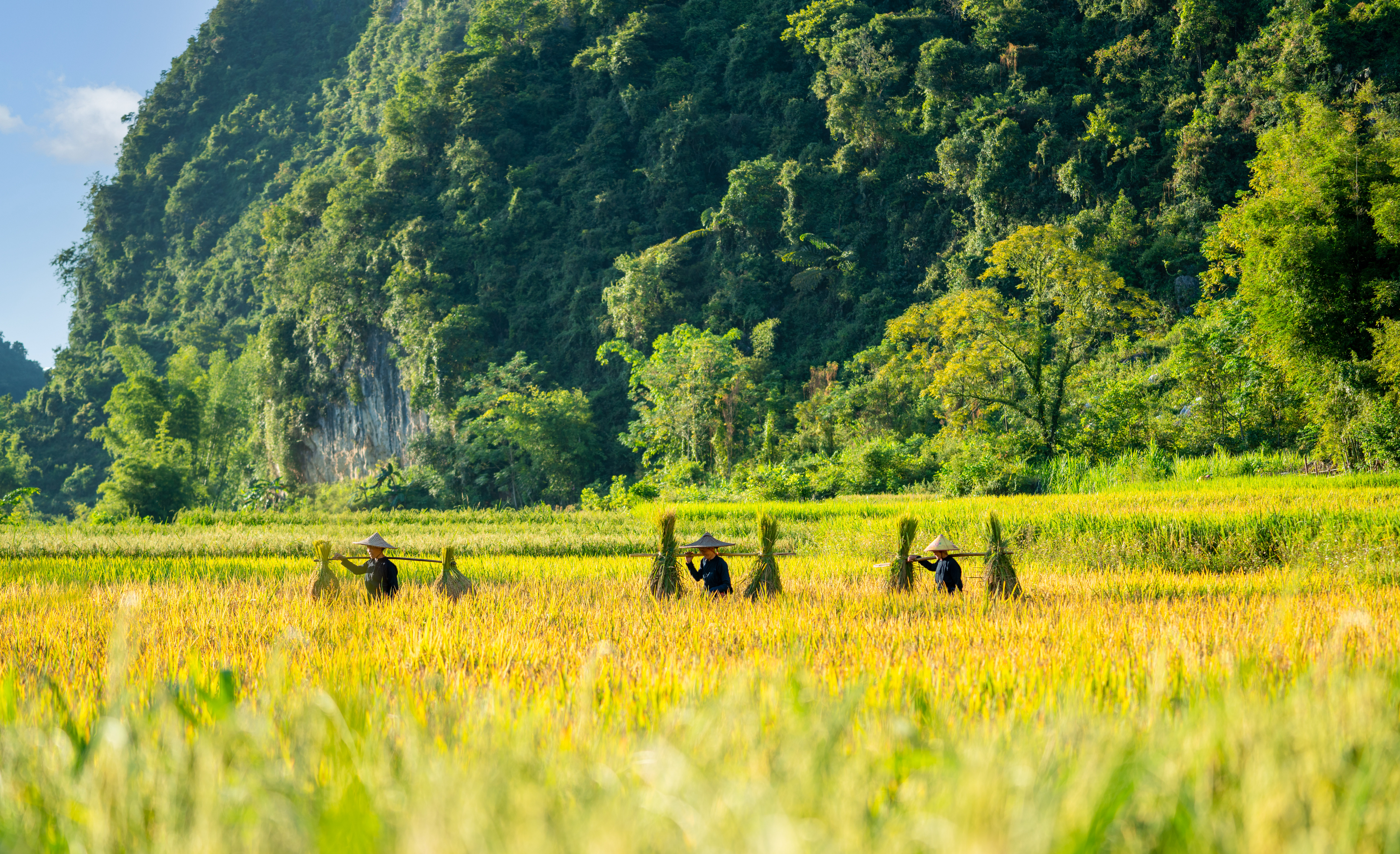 The commune is mainly inhabited by the ethnic Tay who earn their livelihood from farming and fishing and live in traditional stilt houses made of stone. 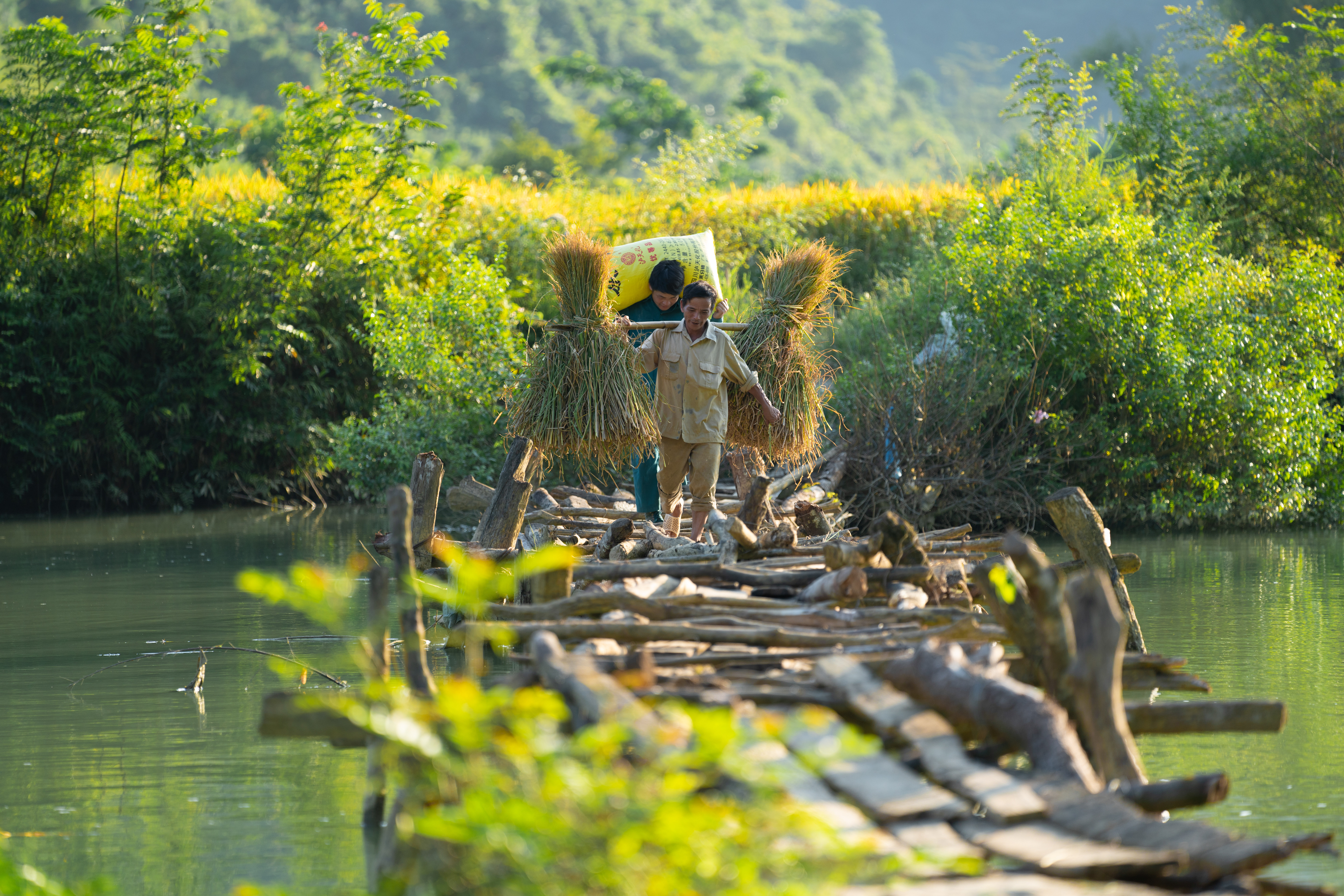 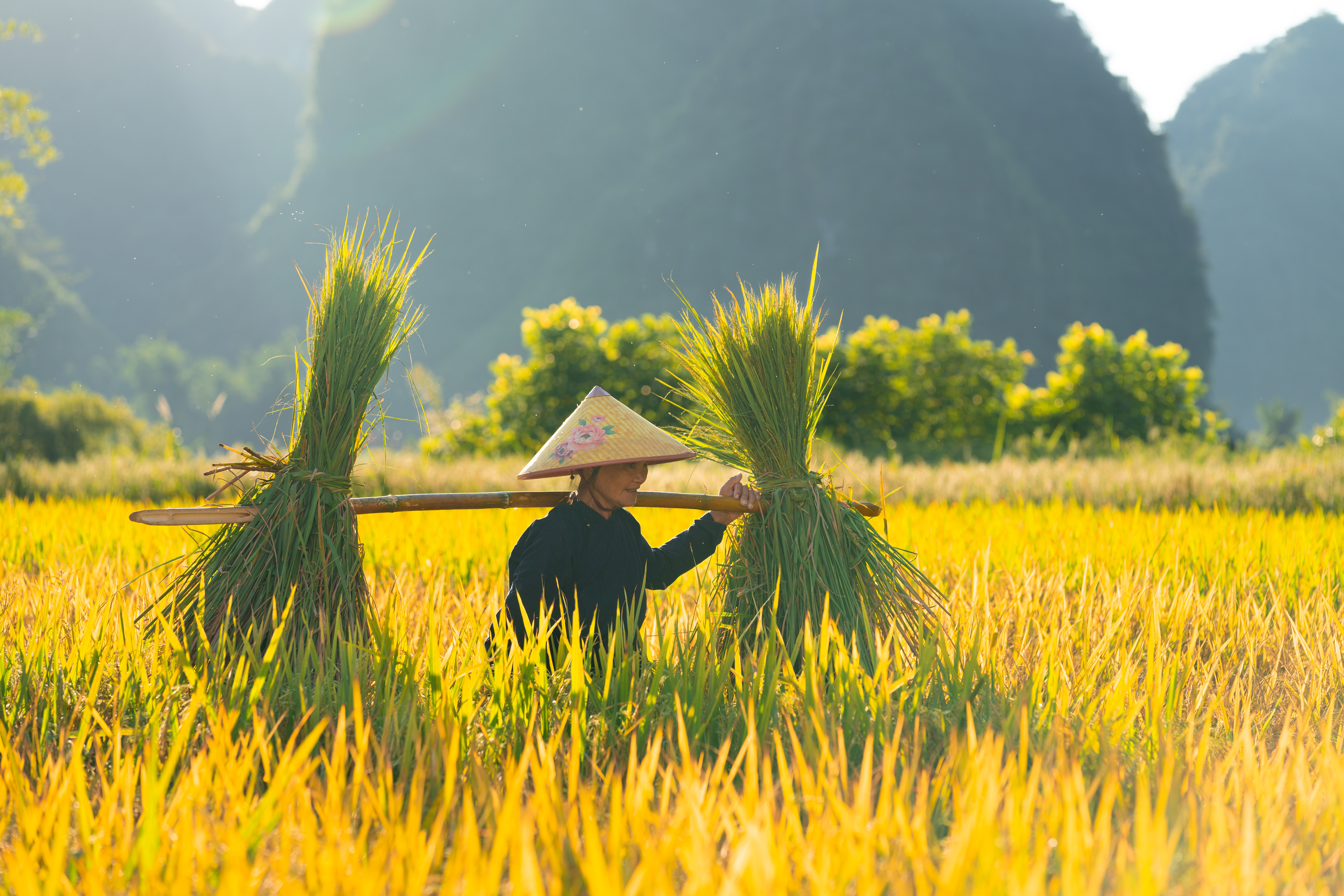 There are 20-30 Tay families living along paddy fields in Phong Nam Commune.

In addition to growing rice, they also fish in the Quay Son River to earn a living. 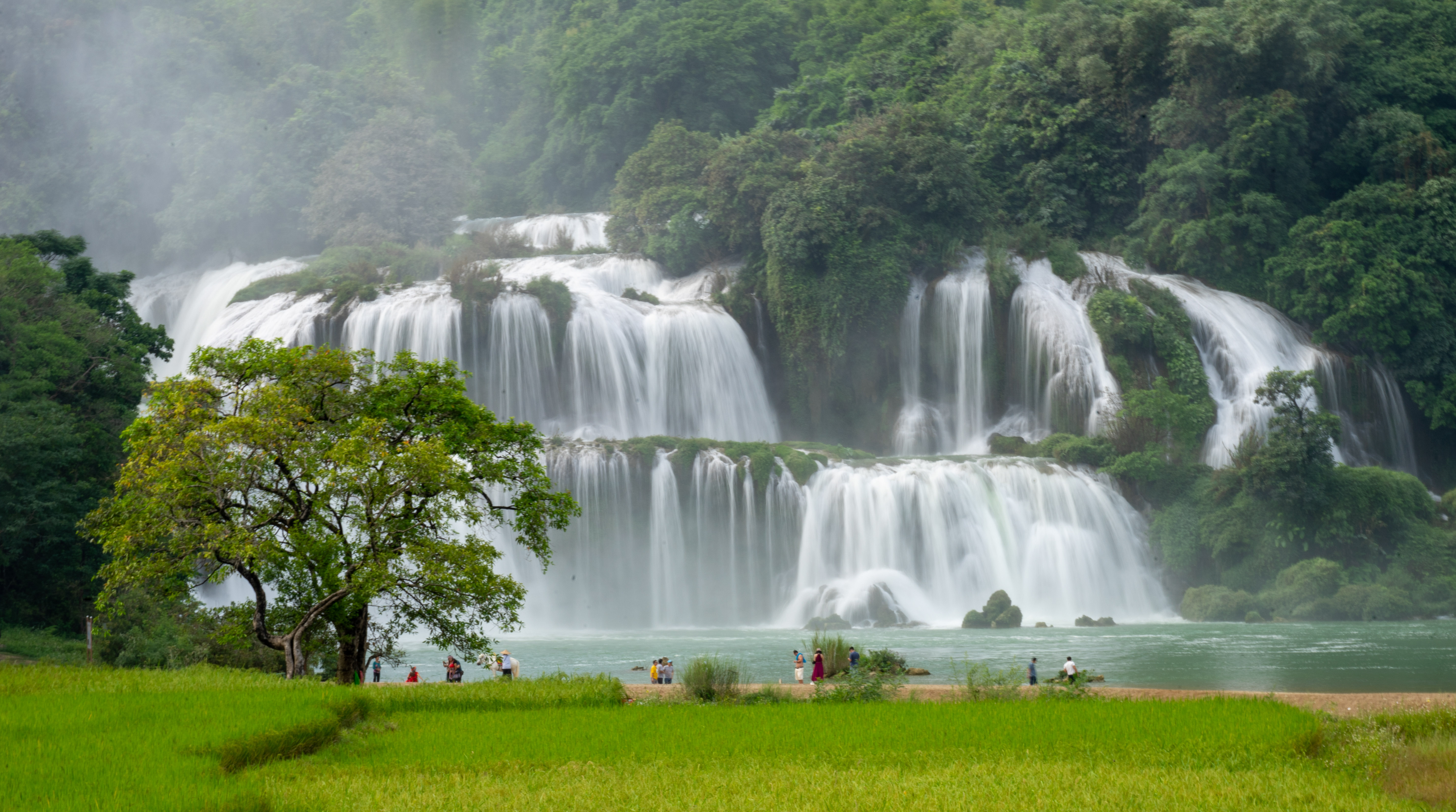 Rice paddies near the Ban Gioc Waterfall have not yet turned golden unlike at other places.

Ban Gioc, which marks the border, is the largest waterfall in Southeast Asia and the world’s fourth largest along a national border after Iguazu, Victoria and Niagara.

There is a small sloping path leading to the waterfall.

Small buses can traverse the path while bigger ones drop off their passengers at a parking lot at the Vietnam border station from where they have to walk. 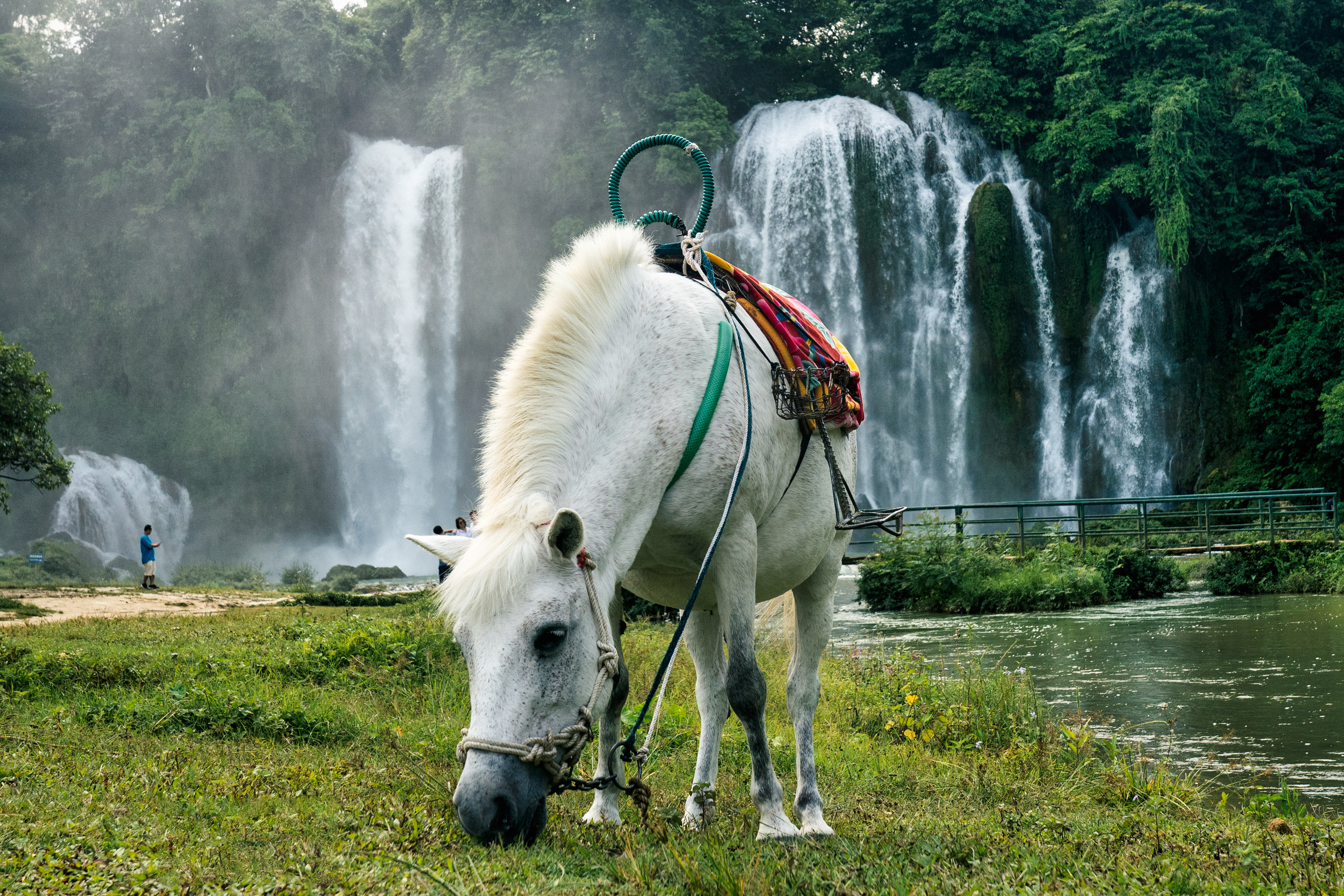 Horses are available for rent in Ban Gioc at VND20,000 per person.