The Most Famous Ancient Pagodas In Vietnam

The symbol of Hanoi Capital – One Pillar Pagoda (or Secret Temple) is also known as Dien Huu Pagoda or Lien Hoa Dai. The pagoda is one important part of Ho Chi Minh complex, you will have a chance to visit this area if you get the Hanoi daily tour or any Vietnam package tours that have the stop in Hanoi. 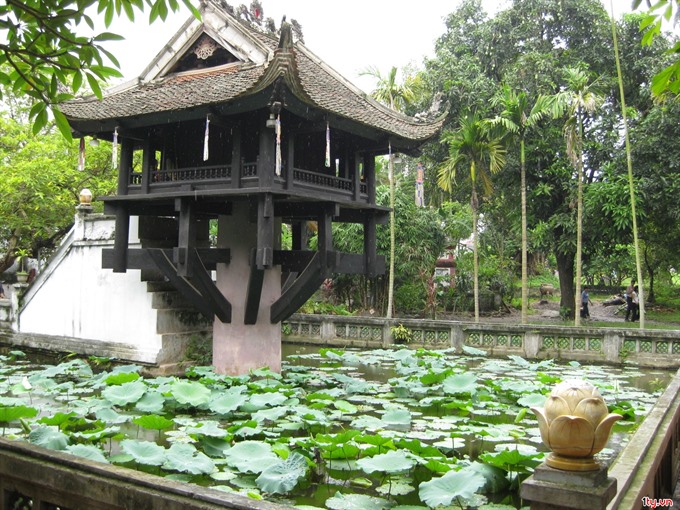 This is a unique architectural pagoda in Vietnam. There is only one compartment located on a stone pillar between the small Linh Chieu lake with lotus flowers. Legend has it that, in 1049, King Ly Thai Tong dreamed that Bodhisattva was sitting on the lotus flower and leading the King up to Pagoda. When he woke up, the king told the story to the Mandarin and was advised by Buddhist monk Thien Tue to build the pagoda, set up stone pillars as a dream, as the lotus of Bodhisattva placed on the columns as seen in the dream and for the monk goes around the chanting of the bridge to prolong the blessing, so the pagoda is named Dien Huu.

Perfume Pagoda (Thiên Trù Pagoda) is a scenic place in Vietnam, located in Huong Son Commune, My Duc District, about 60 km from Hanoi, right bank of the Day River. This place includes the cultural – religious Vietnam, famous for dozens of temples and pagodas. 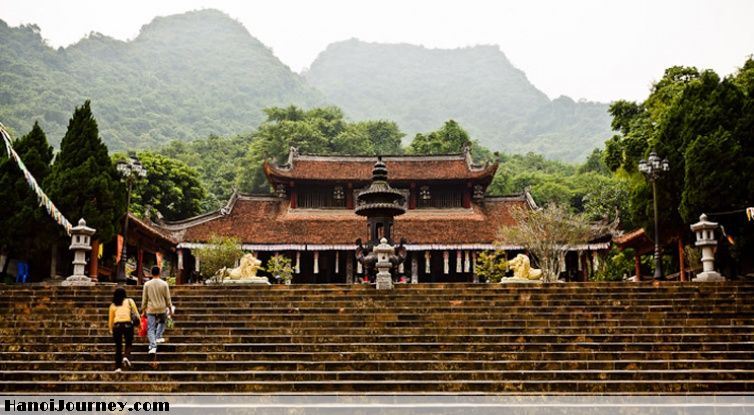 Huong Pagoda was built during the reign of Le Huy Tong (1680-1705). At the pagoda, there is an ancient stela erected in 1686, about the monk Vien Quang’s merit in repairing Huong Tich treasure and building the Ngoai temple. There are two remarkable towers Thien Thuy Tower – a block of rainwater abrasion and tower of Vienna built of ancient brick.

Dau Pagoda (also known as Thien Dien, Duyen Ung, Phap Van) was the first Vietnamese temple to be erected at the beginning of the third century, located in Thanh Khuong commune, Thuan Thanh district, Bac Ninh province, and about 30 km from Hanoi.

This temple is considered to have the earliest history and is the oldest Buddhist center in Vietnam. The pagoda is also called by people with different names such as Ca Temple, Duc Chau Tu, Dien Tu self. The temple is the most famous of the ancient North. This is also a special national monument of Vietnam ranked 4th round.

Located in Chi Linh town, Hai Duong, Con Son Pagoda was ranked first in the national ranking in 1962 by the Ministry of Culture, Sports, and Tourism of Vietnam, and was especially important in 1994. This is a relic The relic Con Son – Kiep Bac.

The pagoda was built in the Tran dynasty, was built at the foot of the mountain in the south, the name is Tu Phuc Tu. The pagoda has been renovated since the Le dynasty, with 83 magnificent chambers. Today, Con Son Pagoda is just a small temple, also known as Hun Pagoda and also preserves many valuable ancient statues. 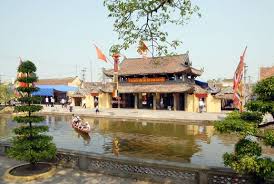 The pagoda was restored in 1930. The pagoda also preserved many valuable relics and precious objects such as the common rosary cast from the Le dynasty, the Bat Trang Porcelain jars, the incense altar table. Especially the Bell tower of the temple is a feat in terms of architectural art. It is three-storey building, 11.50m high, hanging on a floor of a common rosary. The bell tower looked like the new lotus flower blooming on the side of the soaring corpses.

Give yourself the most relaxing time in the ancient and most beautiful pagodas in Vietnam, you will find it deserves to be the best destination in Vietnam!