Halong Bay is known not only as a UNESCO World Heritage Site but also one of the world’s most famous natural wonders. But there are not many people know that the Ha Long Bay is comprised of two other beautiful pristine bays, Lan Ha Bay and Bai Tu Long Bay (after referred to as Ha Long Bay). 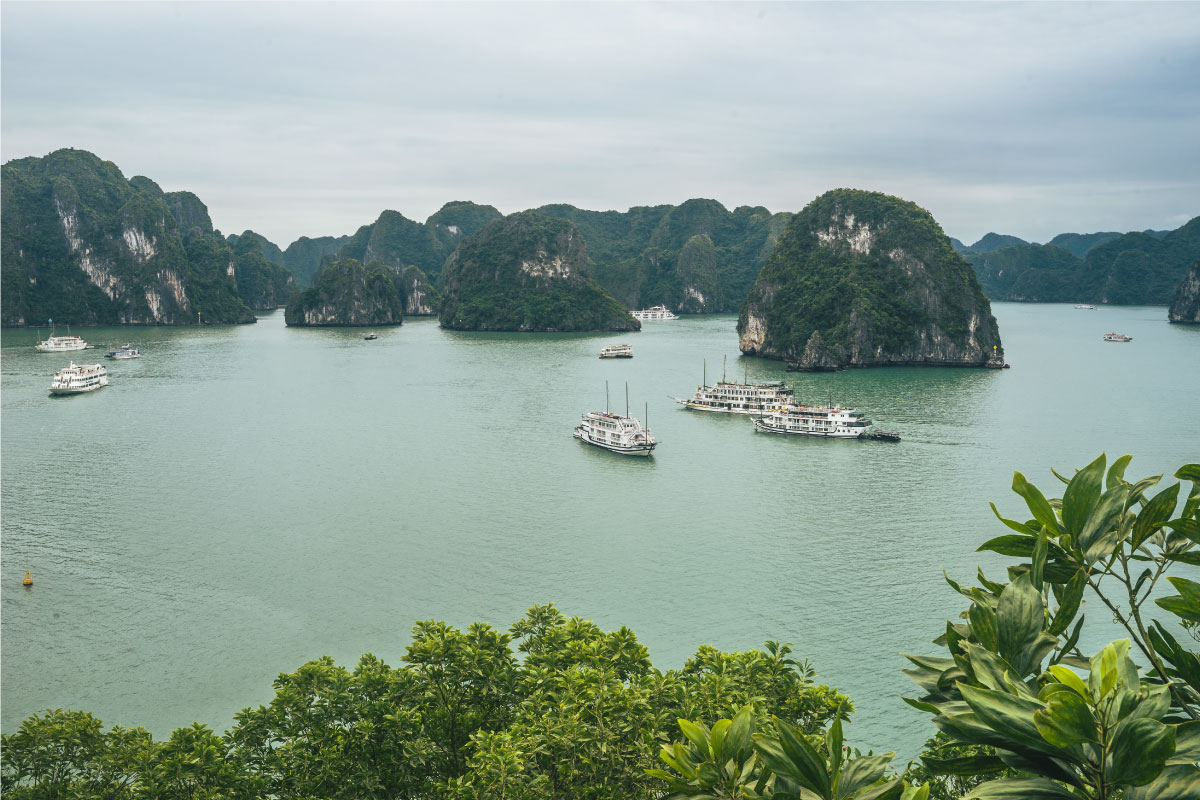 With many landscapes, rich and diverse fauna and flora with significant archeological and geological significance, with its cultural and historical value, and near the international gateway, Halong Bay is considered is one of the most famous places of Vietnam with foreign tourists.

Ha Long Bay is located in the west of the Gulf of Tonkin in Vietnam, about 170 km from Hanoi or 3.5 – 4 hours by car. Halong city center is located near the sea in the north of the bay. Ha Long Bay has a total area of 1,553 km2, including the two famous bays of Bai Tu Long Bay to the east and Lan Ha Bay (where Cat Ba Island) to the south. 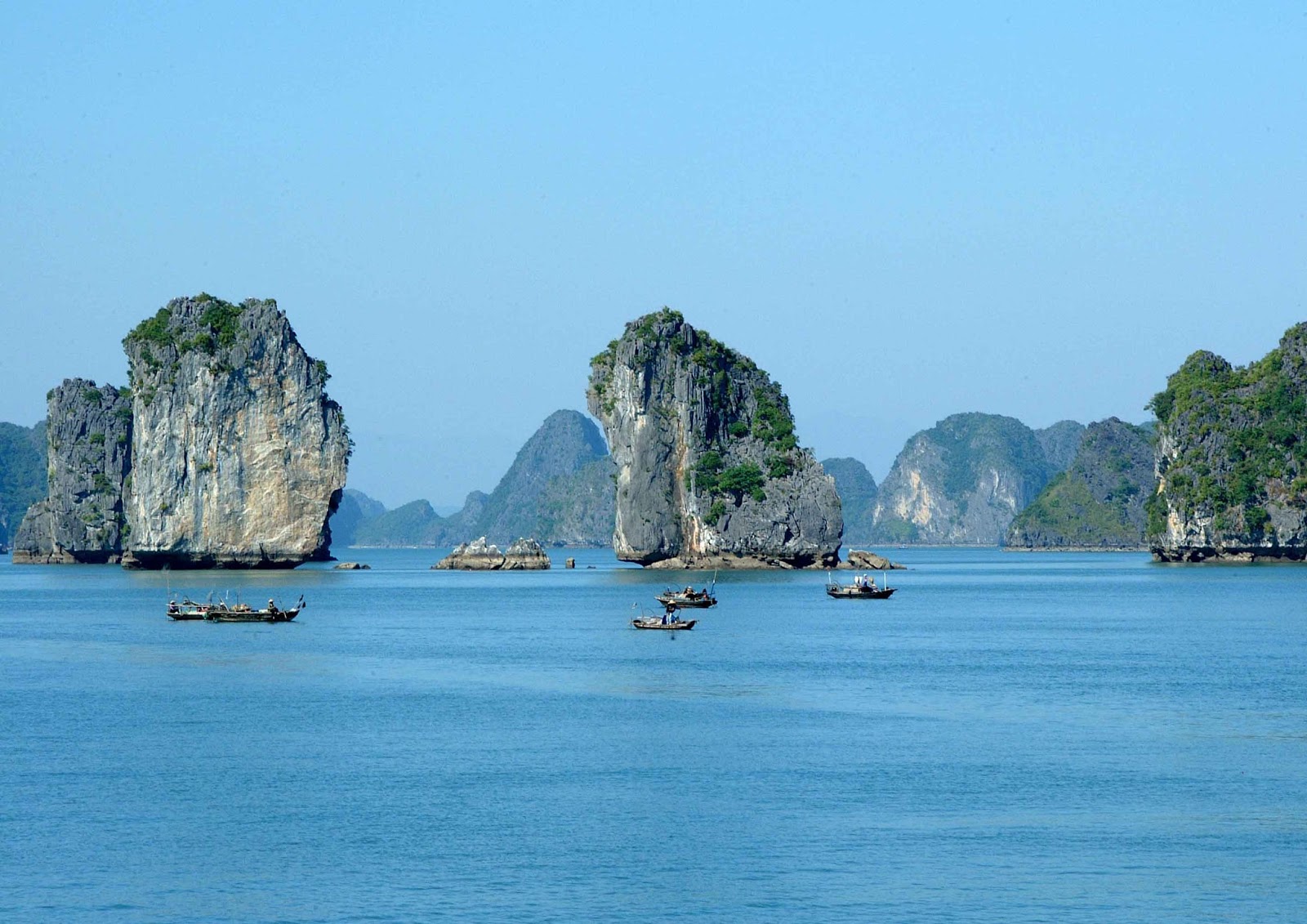 Halong Bay is not only known to visitors for its millions of years of natural caves scattered across 1,969 large and small islands, but also famous for its rich vegetation and multi-species bitter.

Ha Long City is divided into two main areas: Hon Gai cultural and political center; Bai Chay entertainment and tourist area. At present, due to the development of infrastructure combined with visitors ‘needs, the function of these two areas is no longer clearly divided as before. In addition to these two areas, a small portion of the population still lives and makes a living entirely in floating fishing villages. 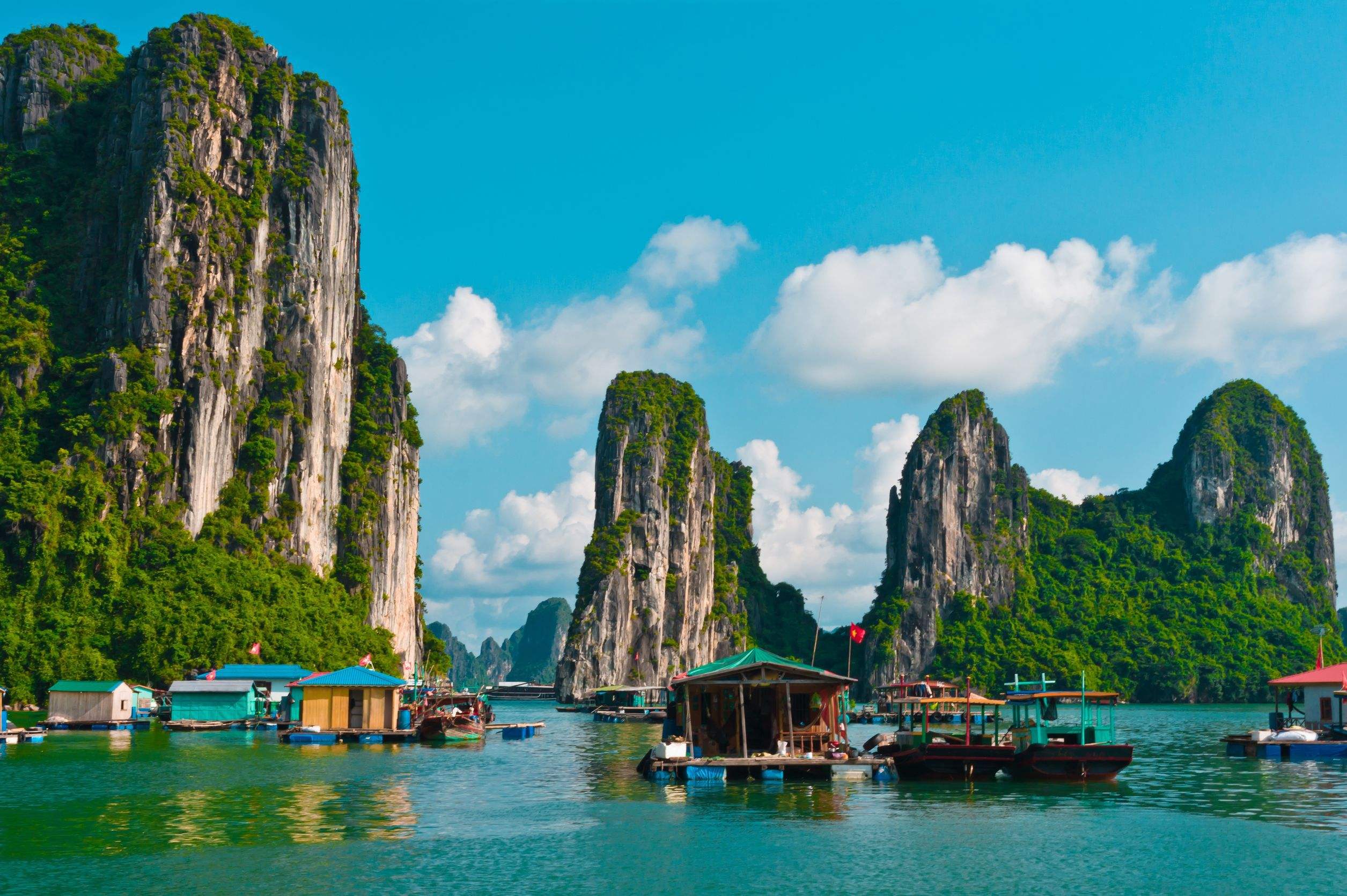 On religion, Buddhism is the main religion of the local people here. In addition to the large temples in Ha Long City, there are many temples, temples and shrines scattered on rocky mountains or in fishing villages on the bay. Every time they go out to the sea, the fishermen stop here to pray for a safe and abundant trip.

Halong Bay is known worldwide as a natural wonder of the world, but not many visitors know that the UNESCO World Heritage Committee has recognized Ha Long Bay as a World Natural Heritage site for its price. Highlighted in both aesthetic and geological aspects – geomorphology. Many studies show that the Limestone Mountains here have undergone more than 500 million years under a variety of conditions and environments to create the unique and rare landscape of today.

The beauty of Ha Long Bay is not only the harmony between heaven and earth, but also in the caves and caves contained thousands of thousands of unique works of natural stone Mother Nature. Among them, the current host agencies still closed a large number of caves, caves for conservation purposes. Only a few are open to visitors. The caves are popular with many domestic as well as foreign tourists who transfer from Hanoi To Halong Bay to contemplate the spectacular view here such as Thien Cung cave, Dau Go cave, Sung Sot caves, Bo Nau cave and Virgin cave.

In Ha Long Bay, the islets are mostly low shrubs, while the large islands are home to many rare birds with tropical vegetation. Especially Cat Ba Island, where Cat Ba National Park is located, attracts visitors not only for its pristine beaches but also for its enormous biological treasures. It comes from the rainforest to the floodplain and coral reefs. The island is also home to some rare primate species such as Cat Ba Langurs (also known as the Golden Cat), the species currently listed in the Red Book.

In addition, Ha Long Bay is home to more than 1,000 species of marine animals, more than 160 types of corals which have been identified. In coral reefs, densities cover about 30% of the seafloor (especially in some places 80%) with a common depth of 4-6m above sea level.

Halong Bay is truly a world wonder, one of the biggest tourist attractions in Vietnam. It is also a place where you can swim on the beautiful pristine beaches; Explore the towering Rocky Mountains as high as the blue sky on the islands; Enjoy fresh local seafood dishes while watching the sunset or gorgeous sunrise. Let make a Halong Day Trip to come to visit, experience and enjoy your holiday in Halong Bay!