Hoi An history takes the stage in outdoor spectacle

Travellers's Note admin
A one-hour show called ‘Hoi An Memories’ recreates the 400-year history of the town from its early days as a small village to its golden era of a busy trading port. 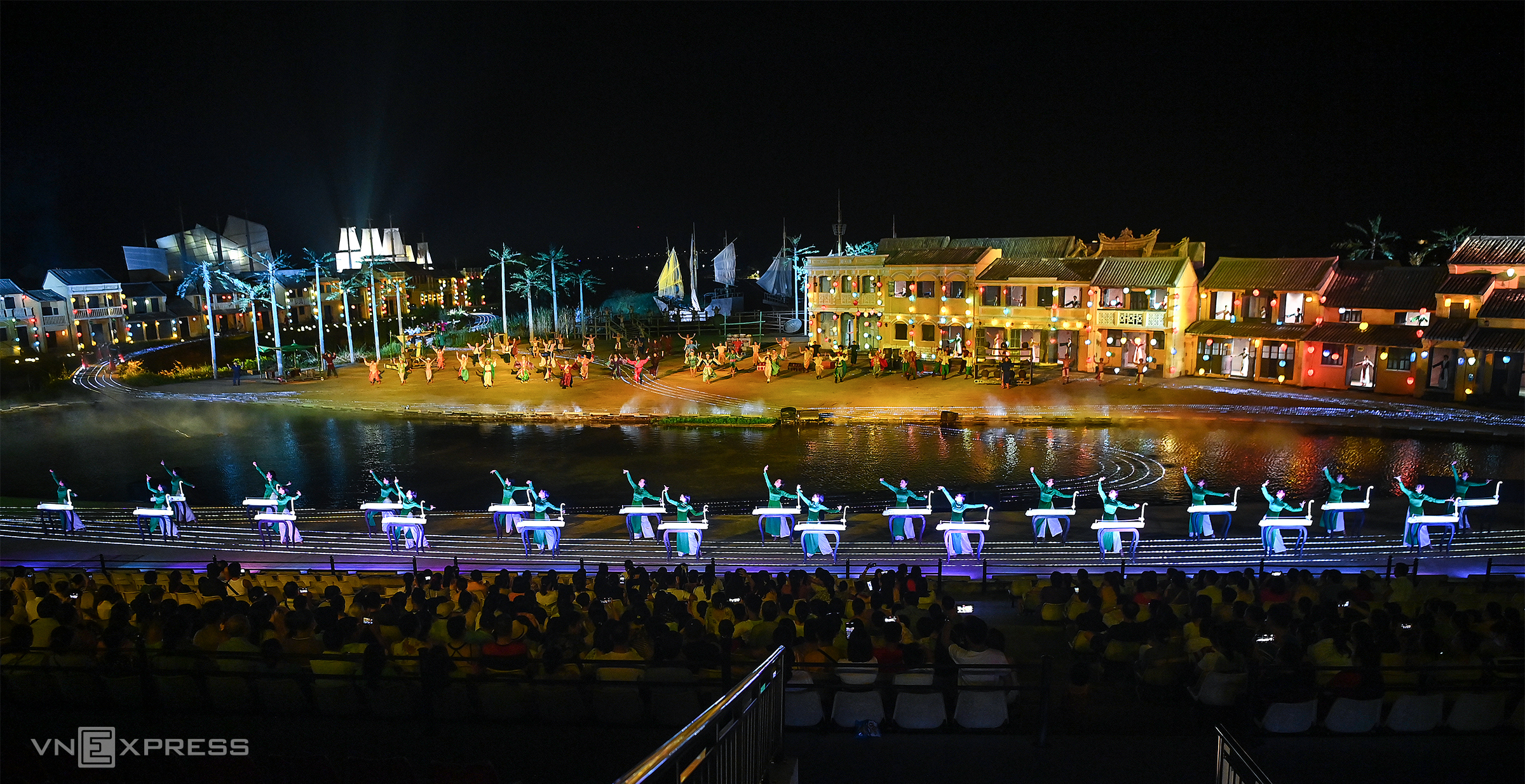 With 500 actors and actresses, the show is performed on an outdoor stage covering an area of 25,000 square meters at the Hoi An Impression Theme Park on Hen Islet in Cam An Ward.

The stage is capable of accommodating 3,300 people at a time.

The show is divided into five parts, with the first showing how first Hoi An settlers came and set up a village.

Befitting its fame as a traditional fabric maker, the show starts with the image of a woman wearing ao dai (traditional Vietnamese long dress) and sitting by a weaving loom. 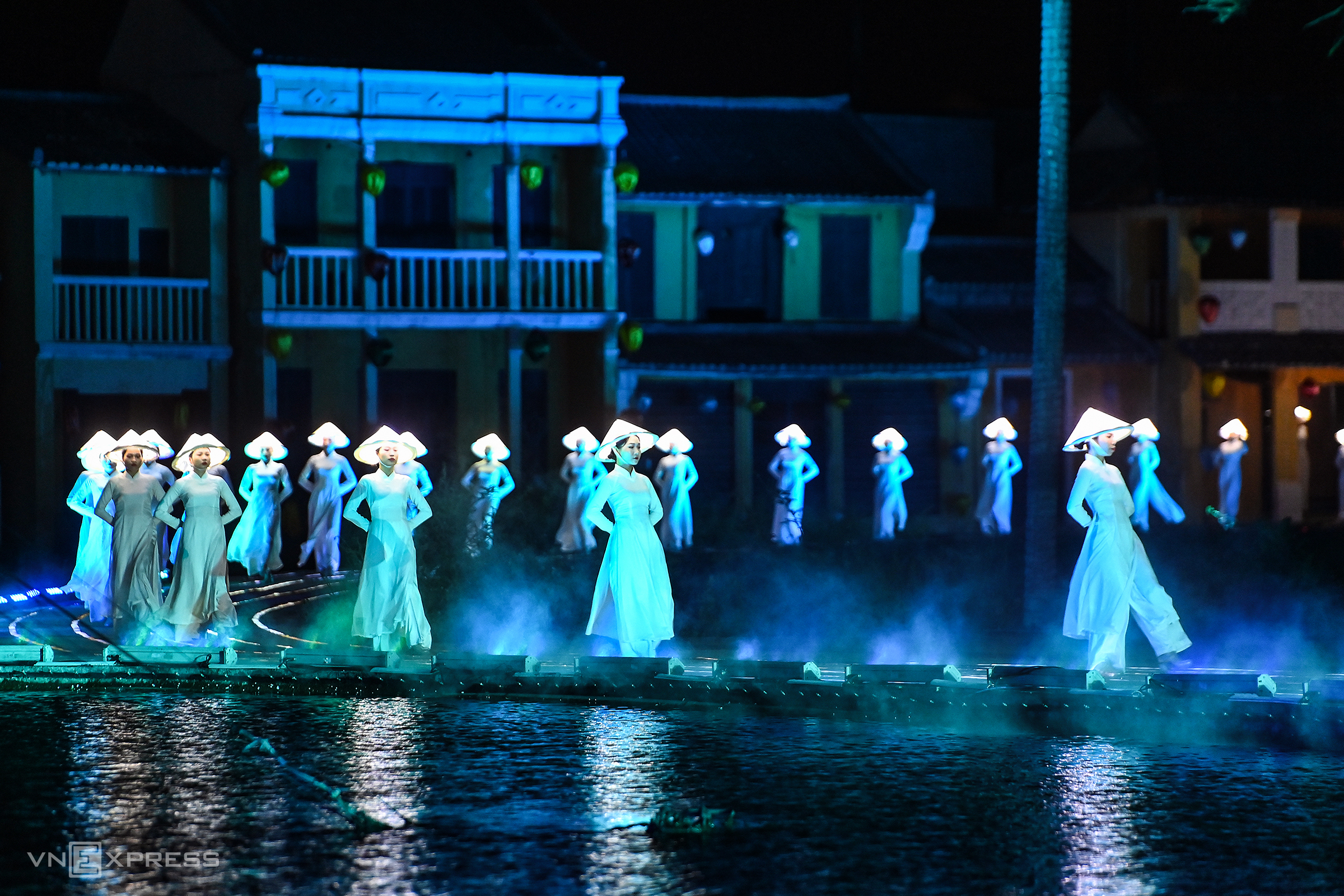 Then comes a dazzling stroll down the catwalk by more than 100 actresses wearing the ao dai and non la (conical hats).

This scene is part of describing how the first inhabitants of Hoi An started building their homes and making a living.

On the stage, the images of planting rice, sifting sand, sawing wood, building houses and catching fish are reproduced in a realistic way by professional actors. 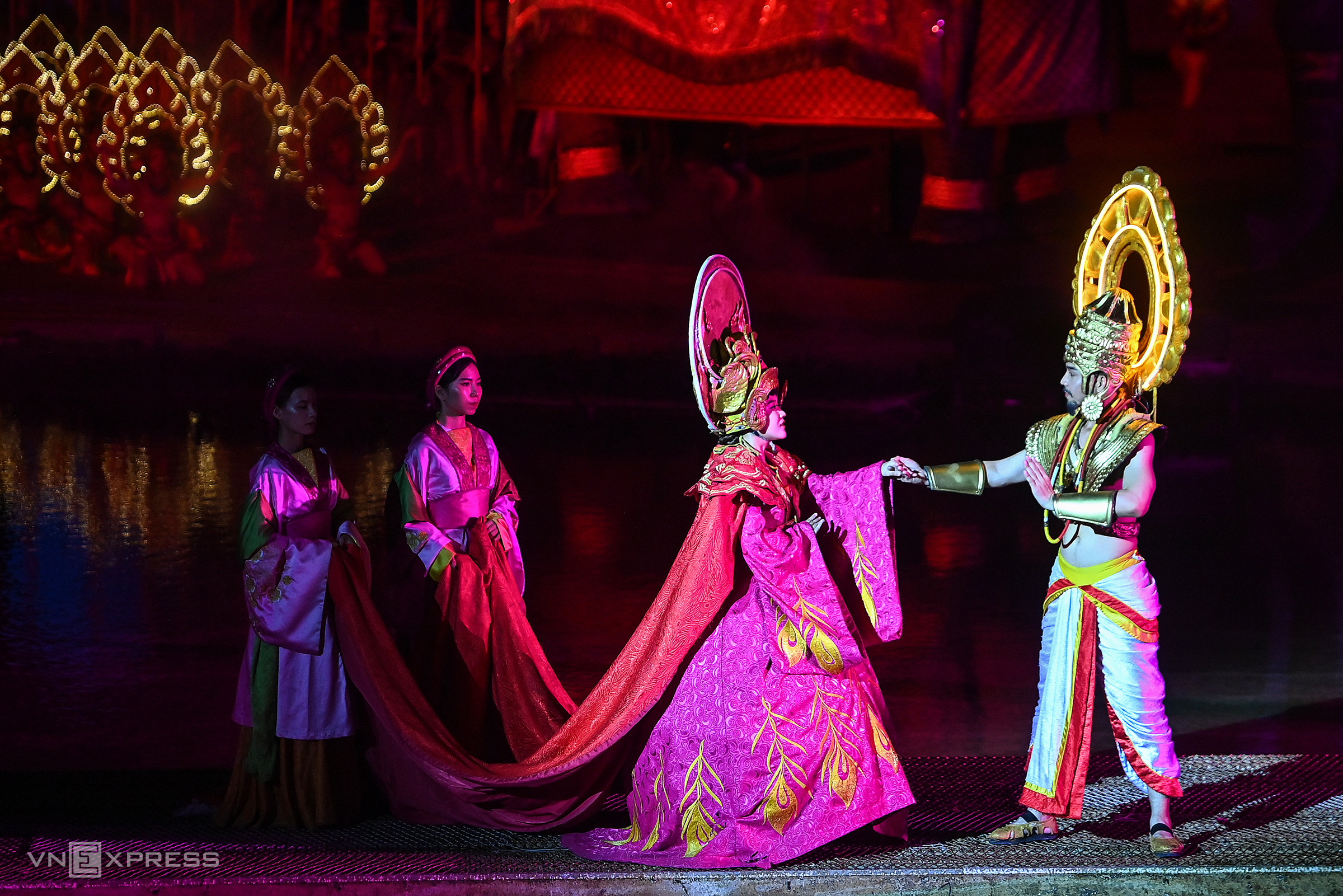 The princess was the daughter of King Tran Nhan Tong who pledged his daughter’s hand in marriage to the Champa King to strengthen bilateral relations. 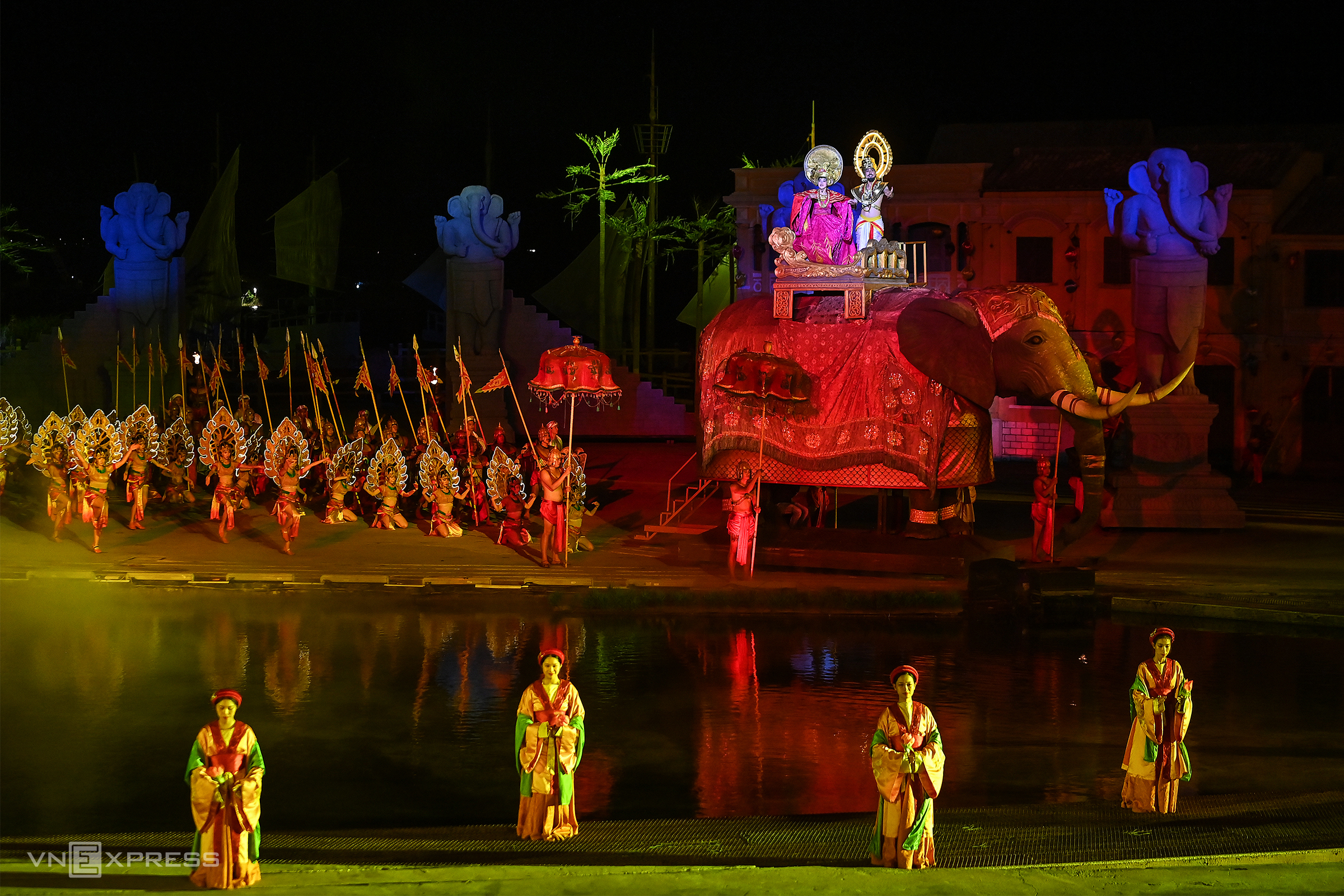 Another scene showing the wedding ceremony with traditional dances and the royal couple seated on an elephant. 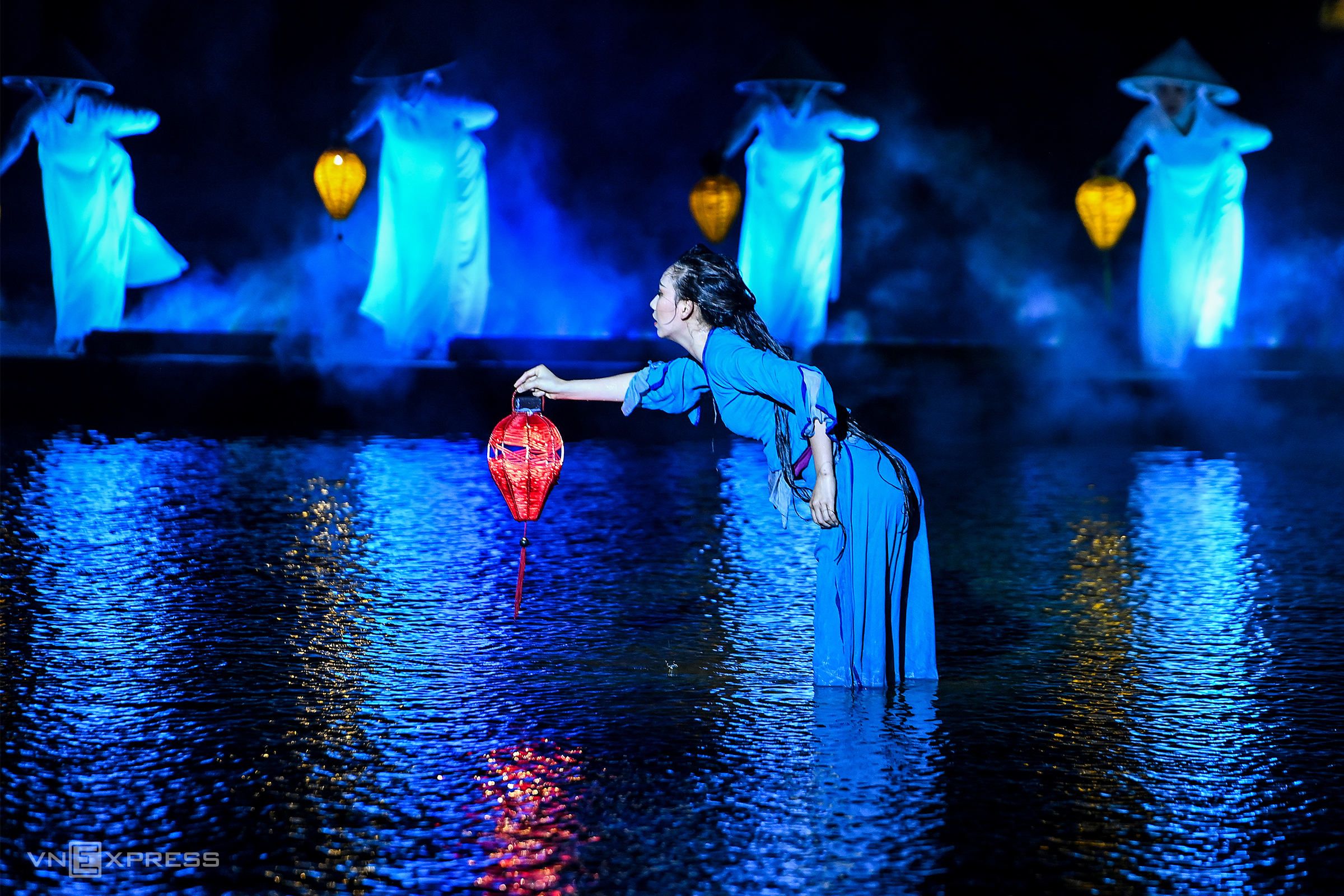 In the third part of the show, this is a scene depicting a local legend. A wife waits for her husband with a lantern.

In the 16th century, Hoi An was well known as the busiest trading port in Southeast Asia. Merchant ships from many countries passed by the town.

Around this time, Hoi An residents also started setting sail.

The scene of Hoi An women walking amidst windstorms with lanterns showcases their courage and resilience in bearing life’s hardships and being a spiritual support for their husbands and lovers. 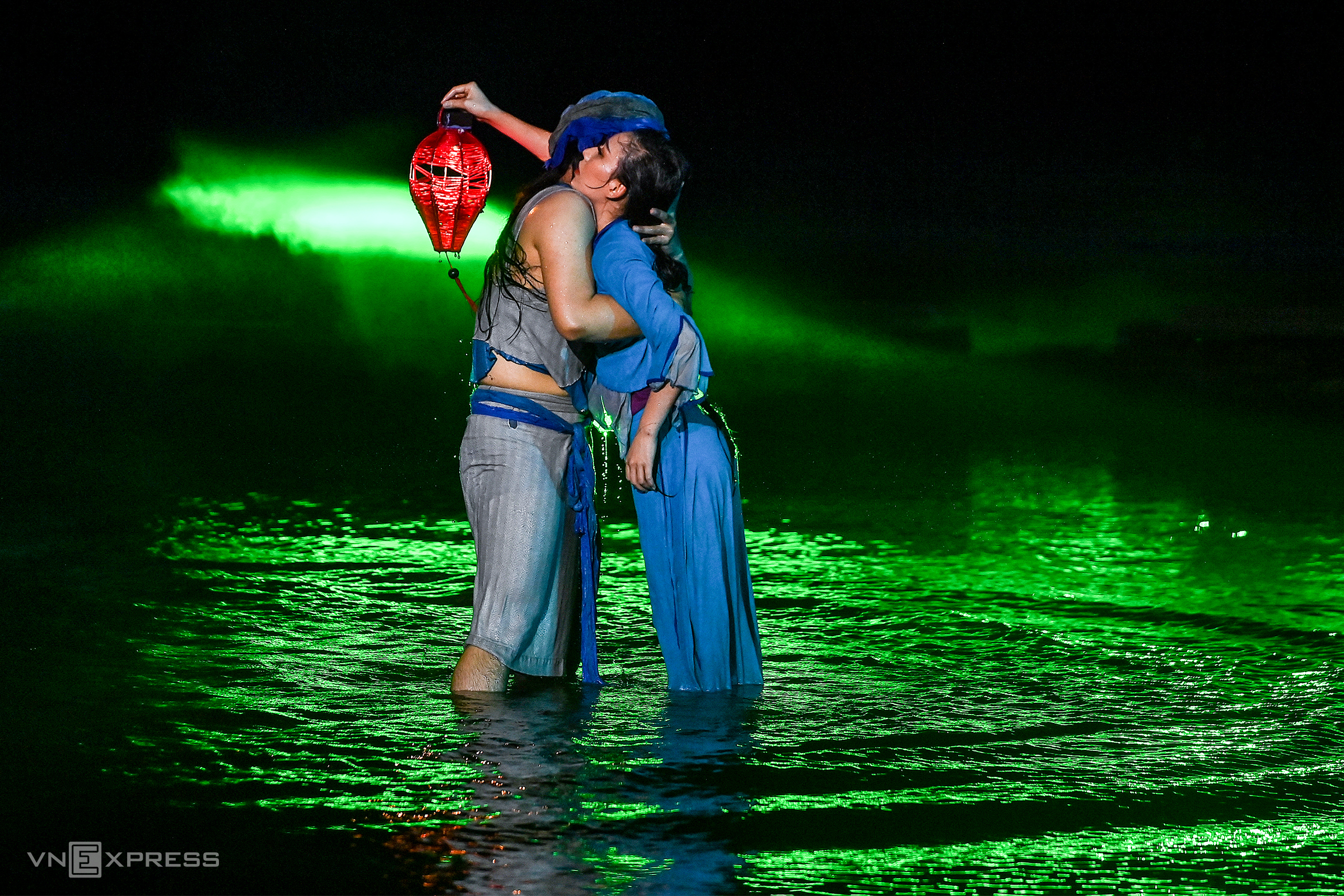 The part is the love story of a Faifo girl waiting for her lover, a merchant ship sailor.

The girl worries about her lover as the weather turns stormy and ends up waiting for so long that she turns into a stone statue. The above scene shows the man returning and hugging the stone statue that his lover has turned into. 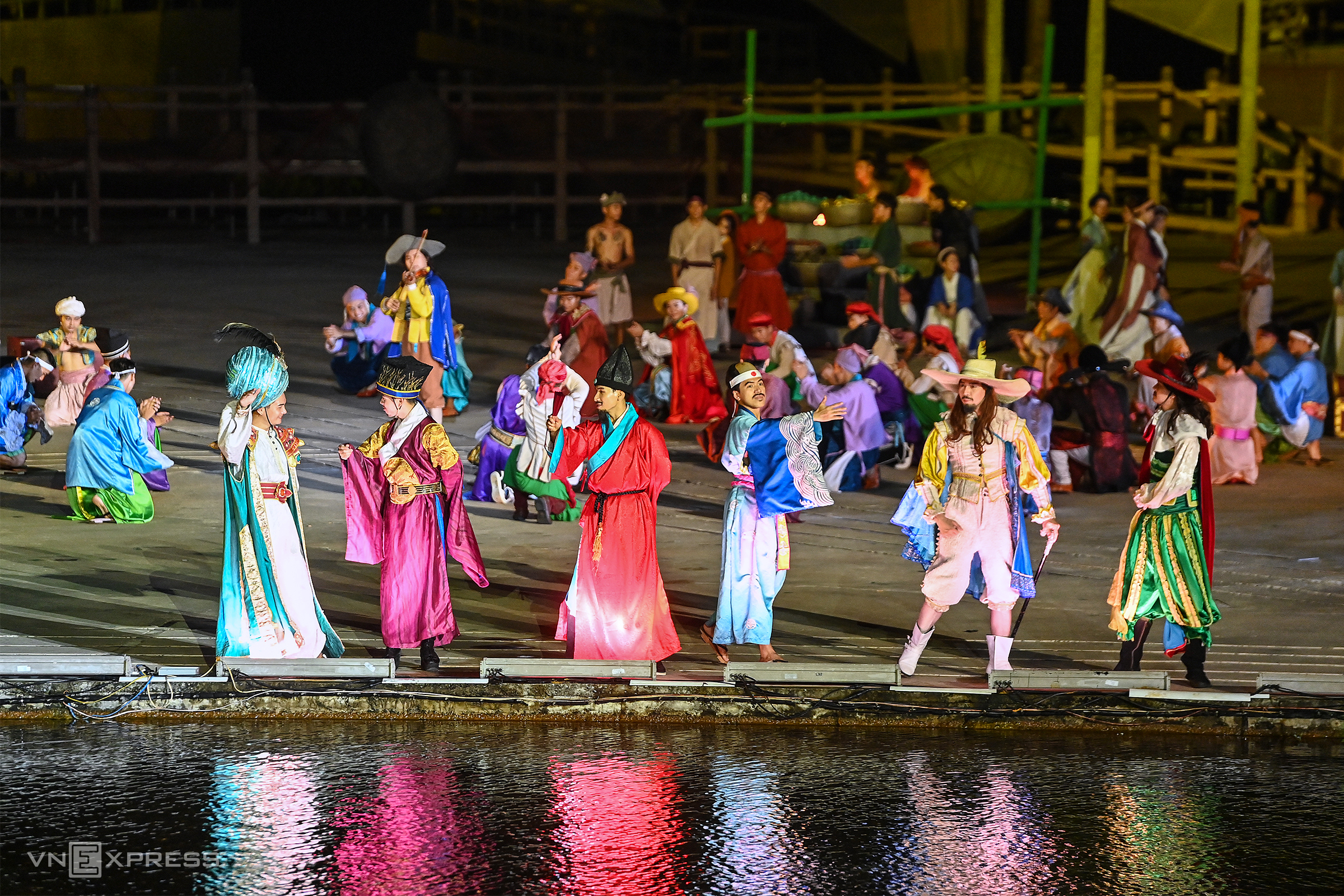 The fourth part of the show depicts the hustle and bustle of the busiest international port in Southeast Asia during the 16th century. 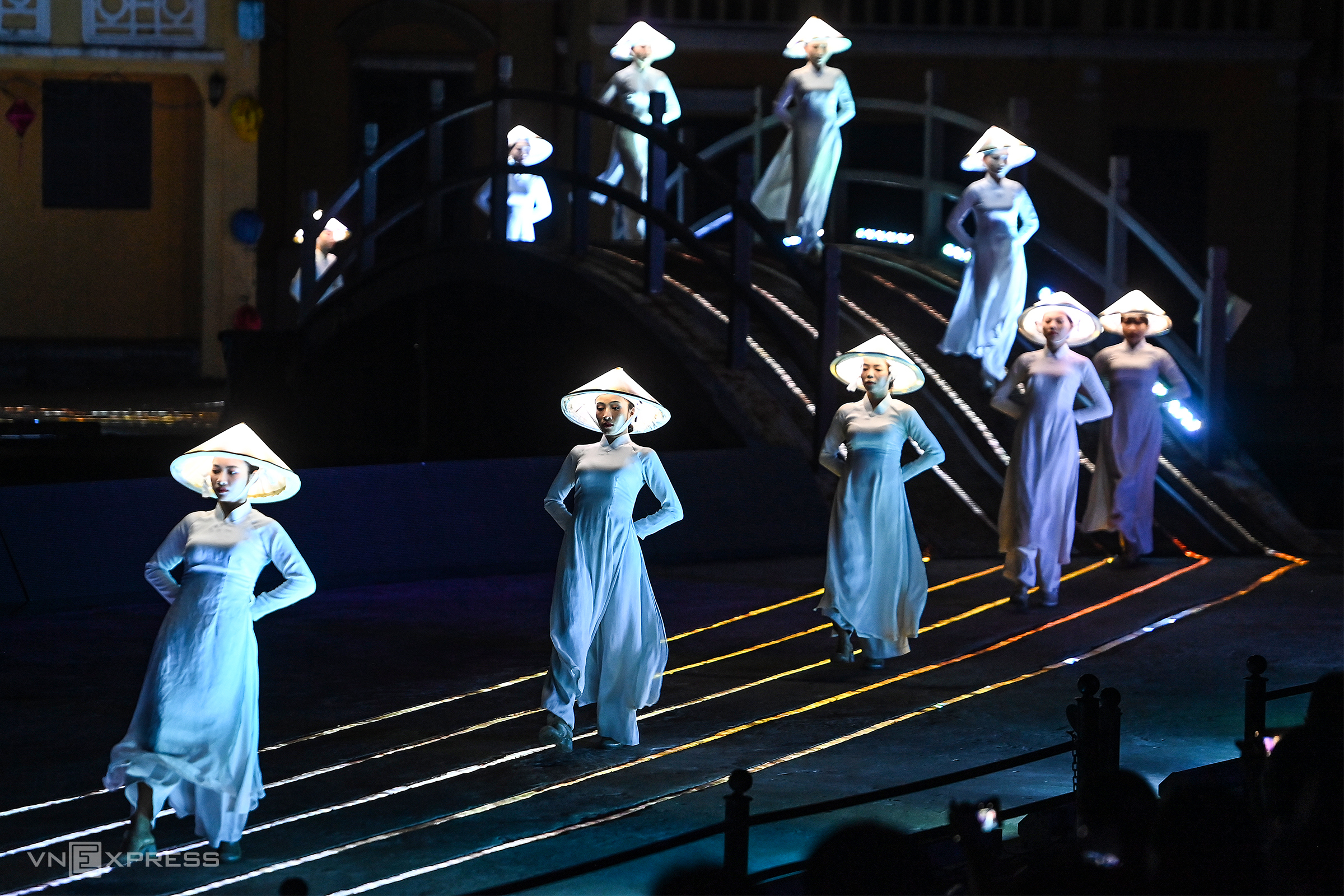 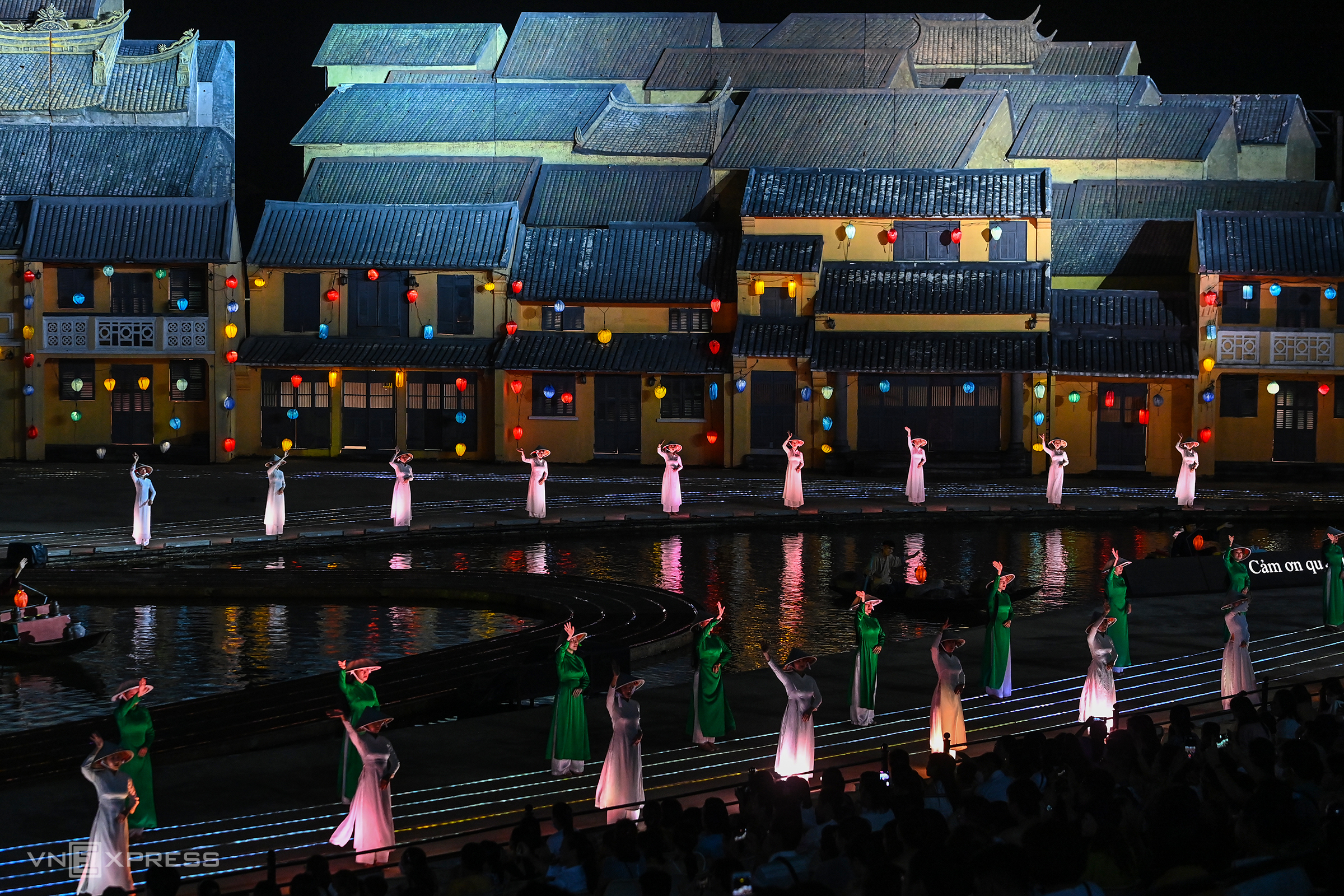 “Hoi An Memories” is staged every day of the week except Tuesday from 8 p.m. to 9 p.m.

To enjoy more beautiful sightseeings in Vietnam by your eyes, you can see some itineraries below Halong Bay Cruises – Hanoi Tours – Phu Quoc Tours – Vietnam Tours – Sapa Tours – Package Tours – or book a private car to Hoi An to discover where ever you want to enjoy the Vietnamese taste.

What makes Hanoi a capital place to visit