There is a quote that Eiffel is the symbol of Paris and Long Bien Bridge is the symbol of Hanoi. Hanoi, with the meaning of “surrounded by river” is the city of ponds, lakes, rivers and bridges. Therefore, there are a number of bridges in the city. Long Bien is one of the most famous Hanoi bridges, the symbol of the city in wars. 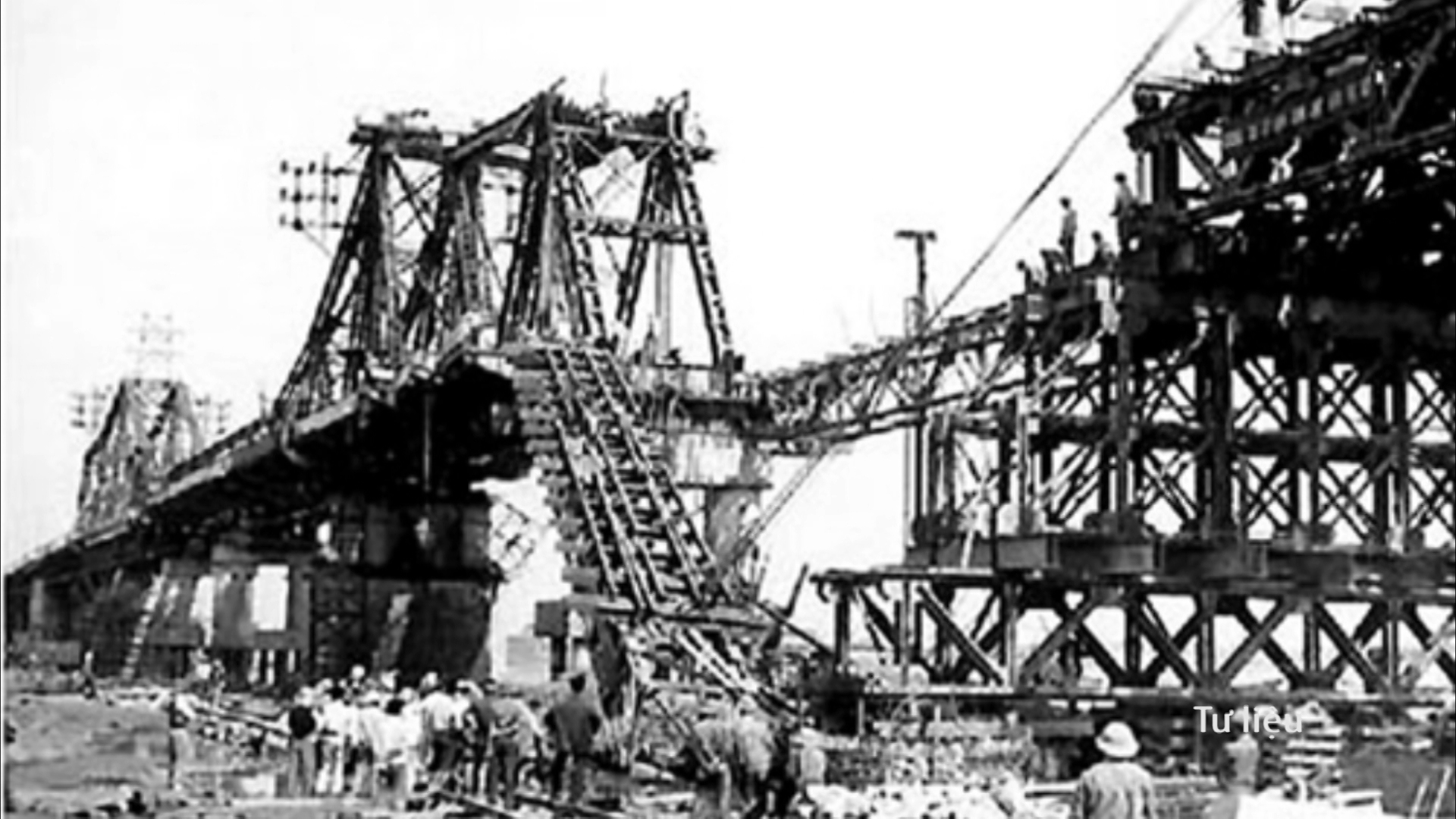 How to get here

From your hotel in the Hanoi Old Quarter Area, you can rent a motorbike the hotel may offer this service) and remember to go on the left-hand side of the bridge, or walk from the center of Hanoi to here ( just more than 1km from the Old Quarter Area to Long Bien bridge).

Constructed from 1989 to 1902 during Frech’s occupation of Vietnam, the Long Bien Bridge is designed by the designer of Eiffel. However, Vietnamese workers were the directive people building this bridge with indigenous construction materials like woods from Phu Tho, Yen Bai, Thanh Hoa provinces, cement from Hai Phong, Long Tho lime from Hue.

Firstly, the bridge was named Paul Doumer by the French but the Vietnamese called it as Long Bien or Cai River Bridge for a long time, and Long Bien became the most popular name of the bridge. Formerly, Long Bien Bridge had 19 spans and it was the first steel bridge across Red river in Hanoi, and one of the 4 greatest bridges in the world at that time.

Historically, Long Bien Bridge was considered as the pride, and symbol of architecture in the Far East. The bridge was the connection point to transport tons of rice from Northern and Northern Central area of Vietnam to Dien Bien Phu battle, which made the bridge play an important role in the win of Vietnam army against French in 1954. After more than 100 years with decades of war, bombed many times by the American army in 1967, 1972, many spans of Long Bien Bridge were destroyed. The spans you still can see today are the importance witnessed the history of the city and the country. 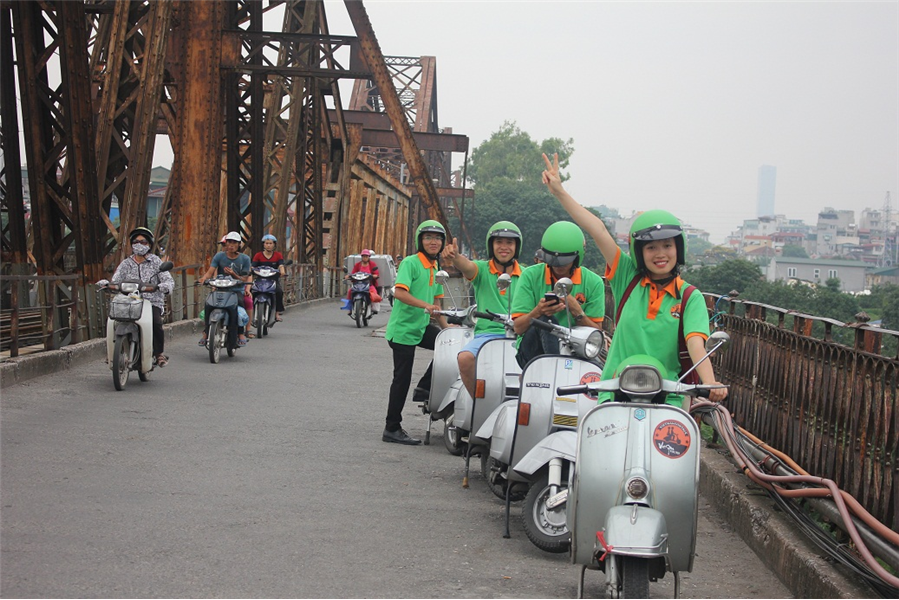 Today, among the five bridges which cross the Red Rover of Hanoi, Long Bien Bridge is considered as the most special one with the historic architectural and cultural values. That is the only bridge in Hanoi on which all travelers have to go on the left-hand side. Walking on the bridge, tourist will have a chance to enjoy the peaceful view of the river and the gardens and surrounding along two banks of the river. In addition, there are a number of vendors offering tasty and mouthwatering desserts. The local people also often buy fresh vegetable and fish for the dinner from the small afternoon market on the bridge. 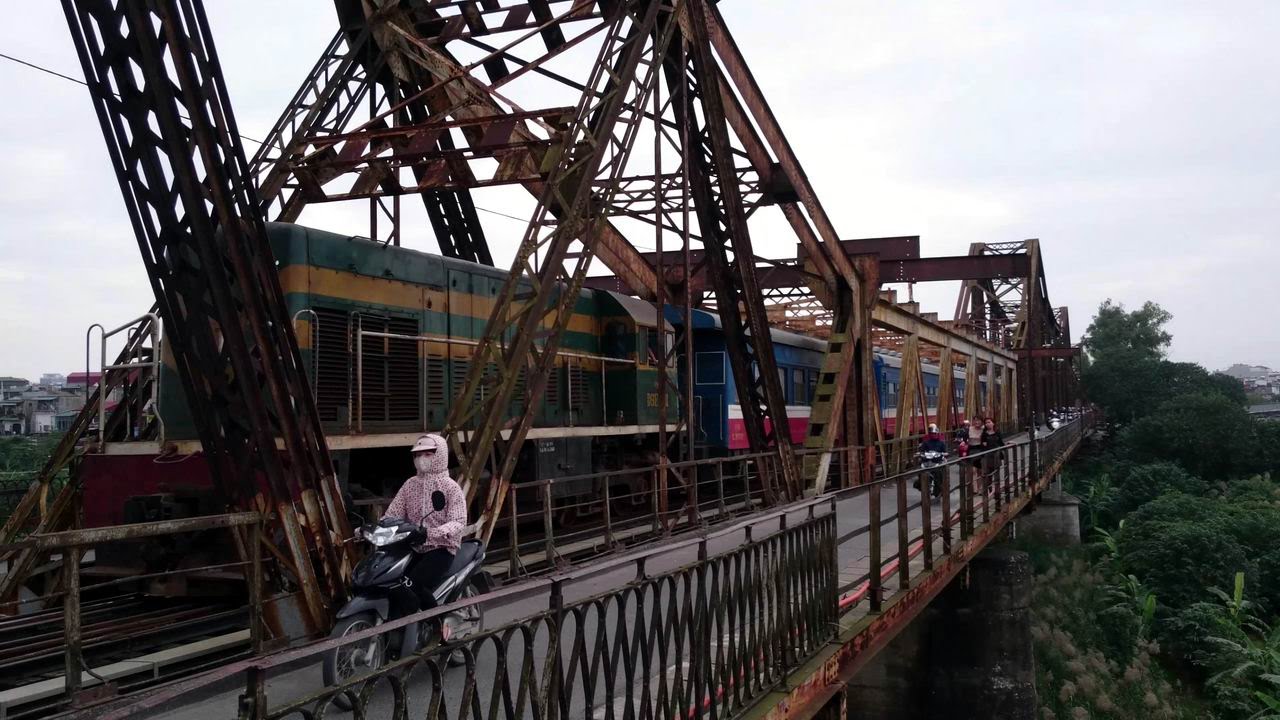 It is said that by many local people in Hanoi that Long Bien Bridge is the best place to enjoy the sunrise or the sunset and take a beautiful picture of the alluvial patch. This also is the ideal destination for many grooms and brides for their wedding albums. For all above things, if you have an opportunity, don’t miss the chance to take a walk on Long Bien Bridge for sightseeing, looking daily life movement of the local resident here and enjoy the peaceful scenery of the surrounding.

To enjoy the most beautiful sightseeings in Halong Bay by your eyes, you can see some itineraries below Halong Bay Cruises – Hanoi Tour – Vietnam Tours – Sapa Tours – Package Tours